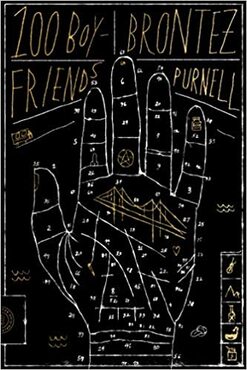 A New York Times Book Review Editor’s Choice selection and longlisted for the 2021 Brooklyn Public Library Literary Prize, Brontez Purnell’s 100 Boyfriends is a deliciously unstable investigation of racialized, queer identity and the hits and misses of eros. A novel in stories that run the gamut from half-page vignettes to pages-long, fleshed out narrative, 100 Boyfriends doesn’t speak for a single narrator—they don’t always have names and when they do, it’s not what separates their voice from their surroundings. 100 Boyfriends is, instead, a heteroglossic mouthpiece paying homage to the tender and destructive ways we make contact with the world.

“Transgressive” is thrown around a lot in reference to this work—surely, the descriptor has merit when we’re confronted with passages wrought with tension and uncomfortably perfect comedic timing like in “Letter of Resignation”--

“ … I went to the bathhouse every day after work for a period of months. I would often get a room and leave the door open with a towel over my head and would lie completely still and let anyone who wanted to fuck me. I can't say how many different men it was as I couldn't see them—what I do remember is one man inserting himself in me and a particular feeling of a water nozzle spraying in my butt. This man was urinating inside me and I took the towel off my head to see who on Earth this hooligan was.”

“He said he lost his virginity when he was twelve to his older cousin, who was seventeen.”

I mean, Purnell spoke about the book in a March episode of Red Scare—“transgressive” may be a hard-earned buzzword, but look where it gets you.

What enables a text like 100 Boyfriends to cling to this label in a mainstream sphere—an important clinging insofar as cishet audiences foam at the mouth over the depravity of queer sex articulated sans discursive metaphor, and Purnell deserves audience—is the alt-lit movement of the early 2010s.

In an interview with The New Inquiry, ALPHA Goddess Ashley Olson says of the movement:

“The Alt Lit voice is fetishistic … [and] mimics a teenaged affect, establishes a more infantile or youthful voice to use as a vehicle for sometimes very violent or disturbing ideas, and presents these ideas alongside ones that are relatable to adolescents with total indifference.”

“The fetishistic nostalgia for youth is what unified the seminal figures of Alt Lit, most of whom were heterosexual men.”

100 Boyfriends overcomes the trap of nostalgia—of melancholic yearning—which is perhaps why the text is truly transgressive. These stories, presented in three acts and an epilogue, reject display—i.e., reject empty, reject in-passing consumption—in favor of reverence. How else can we contend with the dogmatism of “I could fuck a crocodile and I could survive an atom bomb”, or the immanence of “Let’s say for a moment you find yourself confined in a room of fractured rays of light (or we could say ‘little rainbows’ to make them sound prettier). Now, would you feel empowered? Or like you were being attacked?”

100 Boyfriends is a religious text that seeks to canonize queer belonging and non-belonging, of Black queerness, and for that, its transgression is one against the dominant culture.
Brontez Purnell is a writer, musician, dancer, filmmaker, and performance artist. He is the author of a graphic novel, a novella, a children’s book, and the novel Since I Laid My Burden Down. Recipient of a 2018 Whiting Award for Fiction, he was named one of the 32 Black Male Writers for Our Time by T: New York Times Style Magazine in 2018. Purnell is also the frontman for the band the Younger Lovers, the co-founder of the experimental dance group the Brontez Purnell Dance Company, the creator of the renowned cult zine Fag School, and the director of several short films, music videos, and, most recently, the documentary Unstoppable Feat: Dances of Ed Mock. Born in Triana, Alabama, he’s lived in Oakland, California, for over a decade.