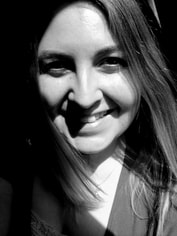 April Michelle Bratten co-founded Up the Staircase Quarterly in 2008. Her work has appeared in Southeast Review, Cartridge Lit, Zone 3, THRUSH, Tinderbox Poetry Journal, Screen Door Review: Literary Voices of the Queer South, and more. April's latest chapbook, Anne with an E, was published by dancing girl press. You can follow her on Twitter @aprilmbratten and learn more at aprilmichellebratten.com.

Len Lawson is the author of Chime (Get Fresh Books, 2019), the chapbook Before the Night Wakes You (Finishing Line Press, 2017), and co-editor of Hand in Hand: Poets Respond to Race (Muddy Ford Press, 2017). His poetry has been nominated for the Pushcart Prize and Best of the Net. He has received fellowships from Callaloo, Vermont Studio Center, Virginia Center for the Creative Arts, Weymouth Center for the Arts, and a scholarship from the Emrys Foundation. His poetry appears in Callaloo Journal, African American Review, Verse Daily, Mississippi Review, and elsewhere. Len is also a Ph.D. student in English Literature and Criticism at Indiana University of Pennsylvania. His website is www.lenlawson.co

Jade Mitchell is a poet residing in Glasgow, Scotland. She is a poetry reader for Up the Staircase Quarterly. Her work has been featured in Words Dance Publishing, Persephone’s Daughters, L’Éphémère Review, Rising Phoenix Review, and others. Her work can be found on her blog: vagabondly.tumblr.com. 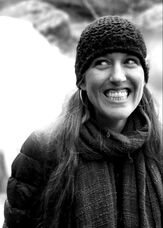 Rhiannon Thorne is an Editor-at-Large for Up the Staircase Quarterly. Additionally, she is the Managing Editor of cahoodaloodaling, a Sundress Publications journal, and has served as the Editorial Assistant for The Southern Review, Co-Director for the Delta Mouth Literary Festival 2018, and Reviews/Interviews Editor for The New Delta Review. A BinderCon Scholarship recipient, her poetry has appeared in Black Warrior Review, Manchester Review, and Midwest Quarterly, among others. She received her MFA in Creative Writing from Louisiana State University, where her thesis The Wooden Boy was selected by Sawako Nakayasu for the Robert Penn Warren Thesis Award for Poetry, and has been awarded a three-year University Doctoral Fellowship to study English at the University of Louisiana at Lafayette. A genderqueer poet from the North Bay, her body resides in Louisiana, save the heart she left behind in Wisconsin.

Travis Chi Wing Lau received his Ph.D. in English at the University of Pennsylvania and is a postdoctoral teaching fellow at the University of Texas at Austin. He specializes in eighteenth- and nineteenth-century British literature, the history of medicine, medical humanities, and disability studies. Lau has published in Disability Studies Quarterly, Digital Defoe, and English Language Notes, as well as venues for public scholarship like Public Books and Synapsis. His poetry has appeared in Wordgathering, Glass, The New Engagement, Nat. Brut, Matador Review, Impossible Archetype, and Rogue Agent. His chapbook, The Bone Setter, was recently published with Damaged Goods Press. He currently serves as an editor for The Deaf Poets Society, a disability-run literary magazine, and reviews poetry for Up the Staircase Quarterly and Tupelo Quarterly. travisclau.com Jennifer Martelli is the author of My Tarantella (Bordighera Press), as well as the chapbook, After Bird (Grey Book Press, winner of the open reading, 2016). Her work has appeared in Verse Daily, The Bitter Oleander, Tinderbox Poetry Journal, and Iron Horse Review (winner, Photo Finish contest). Jennifer Martelli is the recipient of the Massachusetts Cultural Council Grant in Poetry. She is co-poetry editor for The Mom Egg Review.

Margaret Stawowy's poems and stories have appeared in Little Patuxent Review, Atlanta Review, Ecotone Blog, Cricket, West Marin Review, Barnwood Poetry Journal, and Cha: An Asian Literary Journal. She has won awards for her work from both Atlanta Review and Beyond Baroque. Originally from Chicago, she lived in Japan for eight years before relocating to Northern California where she works as a librarian. 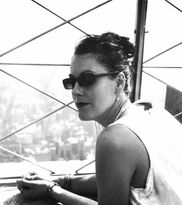 Jeannine Ouellette is the author of the memoir The Part That Burns, forthcoming from Split Lip Press. Her stories and essays have appeared in North American Review, Calyx, The Writer’s Chronicle, Narrative, Masters Review, and in several anthologies including Women’s Lives: Multicultural Perspectives and Ms. Aligned: Women Writing About Men. Her work has received two Pushcart nominations and has been recognized in many contests including those sponsored by Iowa Review, Glimmer Train, Crazyhorse, Chatahoochee Review, Fairy Tale Review, and more. She has received fellowships from Millay Colony and Brush Creek Foundation for the Arts, teaches and mentors through the Minnesota Prison Writers Workshop and AWP’s Writer to Writer program, and is the founder of Elephant Rock, an independent writing program based in Minneapolis, where she lives near the banks of the Mississippi.