“6 a.m.”, the poem by James Owens, captures the feeling of a story, but not the story itself. It deals with time and what happens in that span of time is revealed in a few startling images. I like how the poem feels capacious, and quietly reverberates after the reading. - Pui Ying Wong. 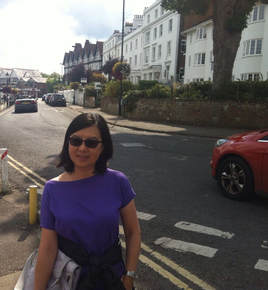 Pui Ying Wong was born in Hong Kong. She is the author of two full-length collections of poems: Yellow Plum Season (New York Quarterly Books, 2010) and An Emigrant’s Winter (Glass Lyre Press, 2016)—along with two chapbooks. She won a 2017 Pushcart Prize. She has poems published in Ploughshares, Prairie Schooner, Plume Poetry Journal, Atlanta Review, Southampton Review, The New York Times, among others. She is a book reviewer for Cervena Barva Press. She lives in Cambridge (MA) with her husband, the poet Tim Suermondt.