A Review of Linda Lerner's Ding Dong the Bell, Pussy in the Well 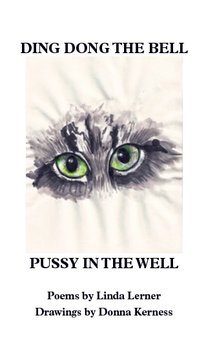 Available for purchase at:  Lummox Press

Ding Dong the Bell, Pussy in the Well is a short collection of poems and drawings that are inspired by and extended from well known nursery rhymes and stories from older times. Most of these rhymes have been a part of human history for centuries, and oftentimes we are ignorant to how they originated to become ingrained in our society. Lerner's book seeks to educate the reader on these histories, giving the back story, facts, and explanations for each rhyme's existence. Linda Lerner then takes the pieces of this history and molds them into creations of her own, interpreting them, and fleshing them out in her own unique style. Each of Lerner's poems are accompanied by a drawing, humbly construed by the artist Donna Kerness.

I found the history of the rhymes to be one of the most interesting aspects of Ding Dong the Bell. For instance, the rhyme "Jack be nimble, Jack be quick" is about a pirate named Black Jack who was notorious for escaping from the law. The popular childhood rhyme, "Ring Around the Rosies," was stemmed from the horrors and fears of the Bubonic Plague. Also, the true story of Humpty Dumpty is a focus of this book.

One of my favorite poems of Lerner's from this collection is titled "Stumbling on Jack's Road," a poem inspired by "Jack Be Nimble." In this poem, Lerner references the writers Jack Micheline and Jack Hirschman in her own interpretation of a classic:

Jack flew into the sky
crashing into middle age, broke
this wasn't supposed to happen, not to a Jack...
he rose up out of a jumble or words
spewed out on paper nobody understood
debt ridden as the country...owed his whole life
to his name that came up empty
a woman needy enough would make him
her child, bring him back to what he was
going to be, back to his namesake
the kind of man I could fall in love with
I'm Jack, he said when we met
only I knew better.

This poem is a prime example of the gritty and modern interpretations Lerner uses in contrast to the older rhymes she is riffing from. Many of the poems use modern technology, such as cell phones and other digital items, to make her interpretations even more boldly different from their origins.

Ding Dong the Bell is certainly an interesting read, and one that I enjoyed. I thought that the ideas behind the book were fresh and quirky, and it was easy and quick to read through. It is my hope that other readers will find this book just as interesting as I did. However, the idea, although clever, does fall into a niche, and might not necessarily be for everyone, but do not fear. The poems are unique and refreshing, and Kerness' artwork truly adds to the overall effect. If you are interested in history and/or nursery rhymes, legends, and ancient poetry, pick up a copy of Ding Dong the Bell today.  ​ 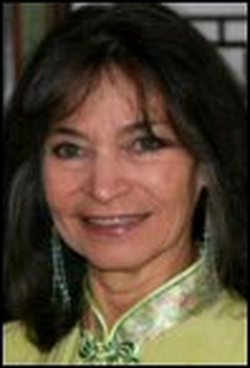 ​Donna Kerness  has been producing art of various mediums over the years. Her inspirations have emerged from her past. She was a dancer at the Henry Street Playhouse with Alwin Nikolais and Murray Louis, a casual fellow poet and friend of Linda Lerner, and she was an underground cinema super star, in the movies of the Kuchar Brothers, during the sixties in New York. After relocating to San Antonio and raising a family, she now is working with sketching, drawing, painting and multimedia art which has been exhibited at the Highwire Gallery, in San Antonio, Texas.