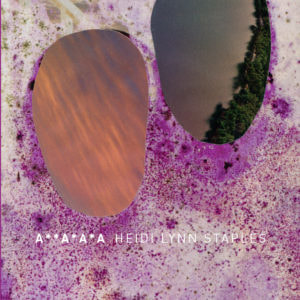 A***A*A*A by Heidi Lynn Staples is a complicated love song for Alabama. An ode to its natural beauty and the enjoyment of its recreational outdoors, these poems are troubled by a poignant understanding of the colonialist destruction that continues to reshape and submit Alabama’s land to settler notions of cultivation, civilization, and capitalism. Staples’s poems work through how the land and fauna suffer these desires. The title itself, “a manifestation of Albamaha,” a plural noun for members of a local indigenous tribe, speaks to this tension. As letters are erased from the proper noun, as bodies and ecosystems were stripped from the land, all that is left are the “a’s”; as its history is occluded, we are left with a similar, but very changed, terrain.

In “Blackbird Yawns in the Hazardous Waste” and “The Manager,” Staple muses over a chemical waste management site in Emelle, Alabama. A facility that is both a Certified Wildlife Habitat and a center for refuse, this strange duality provides an important backdrop as the collection moves forward into somewhat less inorganic sites through birdwatching and camping. Later poems highlight how conservation and technology—the very system which destroys habitats—become strange bedfellows. In “#It’sGoingToBeOkay” Staple writes:

#it’sgoingtobeokay since a very long time,
the news keeps coming so much
for the news #decliningnumbers
#watershortage #climatechange
so rarely that #it’sgoingtobeokay
it falls over us like a net that we deny
that we cannot deny but everyone hopes (p26)

A***A*A*A is a fresh and important contribution to ecopoetics. By throwing its reader into a position of decoding erasures and typographic substitutions, this necropastoral volume resists easy comprehension, voicing a uniquely contemporary anxiety of craving to protect natural spaces while belonging to (and benefiting from) the inorganic city full of “energy vampires” and its paternalistic rearranging of landscape. 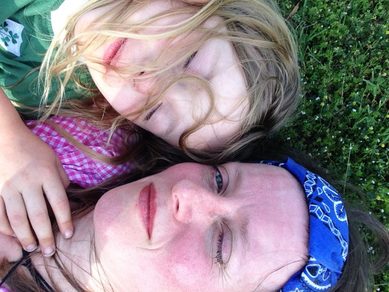 Heidi Lynn Staples's debut collection, GUESS CAN GALLOP, won the 2004 New Issues Poetry Prize. She is also the author of DOG GIRL (Ahsahta Press, 2007), NOISE EVENT (Ahsahta Press, 2013), drawn from the ecology of her native Gulf Coast, and A**A*A*A (Ahsahta Press, 2018). Her work appears in American Poetry Review, Best American Poetry, Chicago Review, Denver Quarterly, Ecotone, Ploughshares, and elsewhere. She serves as English-language editor of the global poetry initiative Duniyaadaari, and with the poet Amy King, edited Poets for Living Waters, an international response to the BP oil disaster in the Gulf of Mexico, with continued sites of action; and BIG ENERGY POETS: WHEN ECOPOETRY THINKS CLIMATE CHANGE (BlazeVOX, 2018). She lives with her partner and daughter in the Appalachian Highlands on Ruffner Mountain, neighbors with the imperiled tricolored bat.