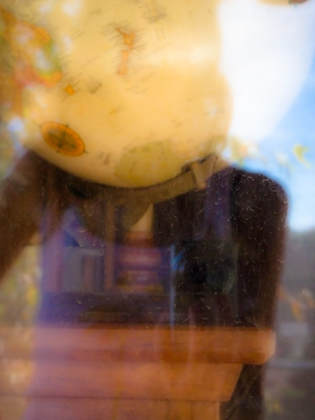 "Reporter at Large" by Tricia Louvar

"letter to my first born"

"When My Little Sister Mistakes Selena for Selena Gomez"

​I whip around so fast she gets whiplash. No sister
of mine will confuse Selena with Selena Gomez.
I say Se-len-a slow and enunciate the Spanish
because when you say Selena in Spanish every
Tejana knows you’re praying to the Queen of Tejano.
La Reina de Cumbia. Patron saint of red lipstick,
pizza, bombass bustiers, purple jumpsuits,
and washing machine hips. A name untouched
by the American tongue. She’s the patron saint
of Latinas everywhere: a light embossed into memory
that we can be something more in this borderland
of tongues. On this American soil so quick to tie
our names down to English—because don’t you know
Selena Gomez was named after Selena. America just
turned her name into something it could pronounce.
Amanda Galvan Huynh has received scholarships/fellowships from The MacDowell Colony, the Sewanee Writers' Conference, and Sundress Academy for the Arts. She was a winner of a 2016 AWP Intro Journal Project Award and a finalist for the 2015 Gloria Anzaldúa Poetry Prize. Her work can be found in the following journals: RHINO Poetry, Muzzle Magazine, Tahoma Literary Review, Silk Road Review, The Boiler Journal, and others.
​Tricia Louvar lives in the Pacific Northwest and studied journalism, poetry, aesthetics, and documentary photography in college and beyond. She works in publishing as a visual artist and writer. Her work has appeared in the New York Times, Los Angeles Times, Brevity, Orion Online, Zyzzyva, and more.  tricialouvar.com

​Artist Statement:  At a Saturday kaffeeklatsch, after splitting a piece of banana bread, I am the one nibbling pieces of its raw sugar left behind on the plate. Such an instantsummarizes my artistic impulses of focusing on the leftovers and the overlooked. I investigate the human condition and its relationship to impermanence with digital and analog tools.