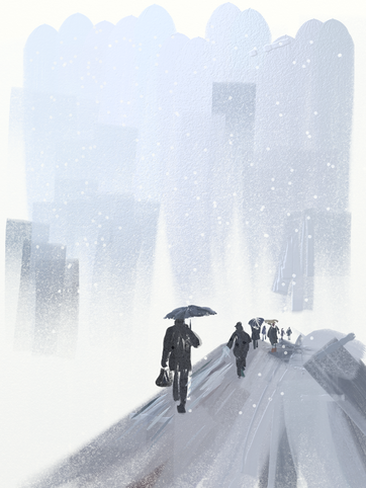 We, two halves of an oxymoron living under the same ceiling, think the effable communication between us has a chance of being considered harmonies, as we rely on our neighbours' innate tolerance to the vapid/rapid noises that are included in every raw-material of urban-life beauty, before sound and view get processed and become data inside city-people’s brains.

You and I, strings of the same guitar, shake into and out of tune. I am both guitarist and strings. A freak. A king who is also cannon fodder: Spartan.

The tremolo bar under the hand of a man is a heart of voluntary muscle, a triumph of the bill, with life under comptroll.  Marriage is Economy. Should save invaluable freebies, such as heat, for the days after the earthquake of the strings, when no currency will be able to buy anything, let alone what wasn’t even bought in the first place.

My solo efforts are spinoffs of what we do together.
This is a demo of my regret, recorded in my basement.
But this, this is a recording of an airplane woofing silence a huge radius away,
sweeping the smokescreen and pressures in the sound,
propelling itself through a diagonal tunnel of vacuum it creates on its way up:
not an ordinary prayer.
You hold the ticket to a scheduled Rapture, and I have monaural percent of
your fading attention.

You`re the tortured a-wop-bom-a-loo-mop on stage, and I am the massive crowd that could phagocytise you for a taste of kool. Lounging on a little stool, in the middle of an electric holocaust, you stay acoustic, cuddling a beast as you strum it so that it dilates its vessels and briefly philosophises the textures of neat it would otherwise rip apart with its edges. Your mad surroundings have a mathematical logic and can be deciphered as a fractured singalong. Because you no longer remember those words, the colossal homage to you stings in your ears as an admonition. Sometimes you falter as if you cared; sometimes you just give it hell and get back to petting the thing that started it all, unplugged and pure.

A generous dose of flammable-liquid confusion, for my stoic North, please.
“ My sake [’sa-ki] for your sake [’seik] ”  is
my hammurabian sort of  ‘drinking to you,’  in my East.
I should treat myself better so I can treat you more kindly— because you’re a part of me.
Soon I won’t be as fast as violence anymore.
Plus, I’m already heels over head in lovelessness with causality
—Each step I take to squash my mind unduly squashes my mind.

You needn’t ask me where I’ve been all night. You needn’t be.
Your b.o.d.y. lying on the bed stands for you. Your covers interpret you.
Next time around, if there’s a next time for us,
I’ll beg you to take you with you when you sleep.
ANDRÉ BRAGA CABRAL is a Brazilian Generation-Y geezer. The glorious Nineties were his childhood, as well as his fave decade. The “Loveless” album, albeit his fairly-recent discovery, is already the second greatest album of all time on his list, next to the tie between Sonic Youth’s “Daydream Nation” (1988) and The Stooges’ “Funhouse” (1970).
TOM HARDING lives in Northampton UK where, when not working, he writes poetry and draws. Tom has been published in various places including Parameter Magazine, Identity Theory, Unlikely Stories and Nthposition. He also maintains a website of his own work at tomarianne.net.