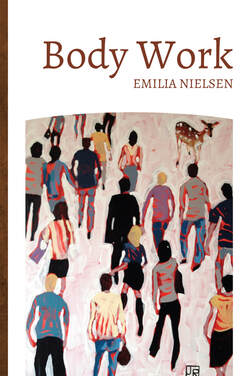 “Moreover, I want to suggest any ‘radical body politic’ of chronic illness demands an examination of how gender, sexual orientation, race, ethnicity, socioeconomic status and age influence the diagnosis and treatment of disease; therefore, the difficulty of living with complex diagnoses. More importantly, this frame of ‘radical body politics’ illuminates how biomedical definitions of chronic illness do not adequately give voice to the intensity of living with an unrelenting state of bodily uncertainty, nor how this affects identity formation. Here, then, is where I see the role of poetry, because as a genre it provides a space for the deeply subjective articulation of experiential knowledge. Poetry, too, is radical in that it often defies the very genre that is supposed to lend it definitional stability.” --Emilia Nielsen, “Chronically Ill, Critically Crip?: Poetry, Poetics, and Dissonant Disabilities”1


In my own teaching, I’ve been thinking a lot about recent discussions of formalism and the turn to “New Formalism” and its “coincidental” timing with the rise of crip literature and new disability poetics. What might it mean to “return” to form when we are beginning to question whether or not “form” itself actually affords us something when we talk about literature? Are the very means by which we talk about form actually ableist? These questions weigh heavily as I try to think about my own work as a disabled poet: does disability have a form (one perhaps distinctly crip?) or does it undo form entirely? Emilia Nielsen’s Body Work, alongside her own theoretical reflection on framing her chronic illness in terms of “dissonant disability", powerfully articulates what a critically crip poetics can do to witness and articulate the contingencies of chronic illness.

Recent crip writing has sought to resist the pitfalls of life writing, which can too often reinforce narratives of heroic overcoming or individual experience as representative of the universal. Fully aware of these tropes, Nielsen turns to poetry for its capacity to disorient readerly expectation and normative forms of telling the story of impairment while simultaneously articulating intimate bodily knowledge. Poetry, in this sense, embodies what Rosemarie Garland-Thomson has described as “sitpoint theory” or a crip reformulation of feminist standpoint theory. Nielsen attends to the talk of her body, allows the body itself to talk its way into its own forms of knowing. Body Talk’s trajectory does not move toward the miraculous moment of cure, for as Nielsen herself admits, this “spontaneous remission” never happened for her. Instead, her poems are “dis-heroic, uncyborgly” in how they inhabit the vagaries of autoimmune disease, which itself eludes linear time and legible medical definition (79). The poetic act forges “a new story. A fresh skin script… Skeins of meaning, / a mess” (85). As opposed to a singular bodily “Truth,” there is another story told from the body itself not beholden to meaning-making or medical authority.

Nielsen’s crip form in Body Talk involves what she describes as an “experimenting with innovative formal techniques on the page to show both what can be said, and what is left unsaid, about the disabling effects of disease.”2 Such experiments take the form of hybrid words (i.e. “expectantskin”; “electricskin”; “waterskin”) made out of the placing of unexpected terms and images in proximity to one another. This recombinant approach to diction coincides with a number of techniques that crip the reading experience of the page. In conjunction with her play throughout the volume with sections, breaks, and parentheticals, Nielsen also employs footnotes, which interrupt the reading process either by providing a contrapuntal narrative to the main “body” of the page or interweave quotations and paraphrases from other sources like Jablonski’s Skin: A Natural History—Body Talk’s textual body is as porous as the sick body. The speaker in the collection does not offer a “proper” way of reading these intertextual moments; rather, it is an intimate act of cooperation with the reader who is prompted to read associatively, partially, unexpectedly. The crip qualities of this form are particularly evident in Section III, “Undone,” where every page is bisected by a divider that separates two different narrative lines. The reader can read them simultaneously, across the dividing line, or one at a time, which requires the reader to go back to the section’s start. As biomedicine seeks to isolate and reduce illness and disability to singular, knowable diagnostic narrative, the “body talk” of the chronically ill body offers instead a plurality of possible narratives with no expectation of curative resolution.

In Nielsen’s cripping of medical notes and the genre of the case history, we see the ways in which the chronically ill body both escapes the hermeneutic certainty of these forms but also how the body “talks” its way into its own cripistemologies. These subscripts sometimes offer aphoristic statements or even textbook descriptions, but they are undermined by a poem’s decisive uncertainty and interrogative “sitpoint” even as it stitches together concepts. The most compelling “character” in Body Talk is the figure of the skin—both resilient but also immensely vulnerable in its nuanced awareness of its own vicissitudes and traumas. The skin registers these encounters with medical intervention and with what happens within the body itself, all of which gets translated into poetry. Nielsen’s act of “dermographia” (or is it “dermapoiesis”?) is not so simply an essentialist “writing from the body” but a writing toward the uncertainties that characterize chronic illness. What we have then is a body of work, a poetic record of the body’s work: the body talks to unknow, know, and unknow again. This is how Nielsen models what it means to claim crip critically and ethically.

Emilia Nielsen’s debut collection of poetry, Surge Narrows (Leaf Press, 2013), was a finalist for the League of Canadian Poets’ Gerald Lampert Memorial Award. Her poems have appeared in literary journals across Canada including Descant, The Fiddlehead, Grain, and PRISM international, which nominated her work for a Pushcart Prize. She holds a PhD in Gender, Race, Sexuality and Social Justice from the University of British Columbia, a MA in English from the University of New Brunswick and a BFA in Writing from the University of Victoria. Throughout 2017–2018, Emilia was Visiting Scholar at the Canadian Literature Centre at the University of Alberta. In summer 2018, she will join York University as Assistant Professor, Department of Social Science, in the Health & Society Program.