Here is a list of five kids' TV shows (and one movie) from the 90s that made a significant impression upon my younger self.

Read our featured interview with Jasmine An. 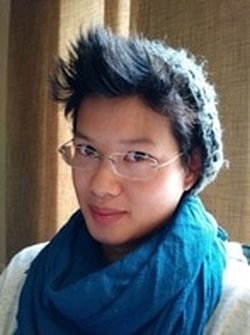 JASMINE AN is a queer, third generation Chinese-American who comes from the Midwest. A 2015 graduate of Kalamazoo College, she has also lived in New York City and Chiang Mai, Thailand, studying poetry, urban development, and blacksmithing. Her first chapbook, Naming the No-Name Woman (2016), was selected as the winner of the 2015 Two Sylvias Press Chapbook Prize. Her poetry has appeared or is forthcoming in HEArt Online, Stirring, Heavy Feather Review, and Southern Humanities Review. Her soulmate and forever muse is Sun Wukong, the Monkey King. Currently, she can be found in Chiang Mai continuing her study of the Thai language.