Anybody who’s been stuck at a traffic-light knows this sort of landscape very well.  It is so wearily familiar that the eye no longer sees it.  It goes hand and hand with waiting; for some, it is waiting.  Small wonder that so many people pass it by.

Box-cars can stall at a crossroads for a goodly while.  In spite of their influence, however, they are not intimidating.  They have a “spare parts” infrastructure: hoppers, stacks of treated wood, Quonset architecture. Everything is geared toward function. There are no frills here; they are not needed.

Railroads power the region’s economy.  Yet the drama of man versus nature is in the thousand-acre fields that creep up to one’s very backyard.  To an outsider, the place is uniformly desolate, with few visual references – except the railroad crossings that define, and sometimes separate, a town.  The warmly romantic feelings a painting might arouse are not often experienced in Hillsboro, or any of the innumerable villages that dot the Red River Valley.  The people in them know prosperity and disaster in equal measure and are somewhat on their guard.

Hillsboro, North Dakota is a town of some 1,600 souls. It straddles an area along the Red River Valley between Fargo (the big town) and Grand Forks (its rival.) When I was there during a harvest, the beet plant never slept; a plume of smoke could be seen day and night, in continuous and eerie-colored agitation.

Hillsboro, and other towns like it, was built by railroad baron James Hill.  He would eventually put up – by himself or in concert with the railroad – hundreds of little towns and space ‘em twenty miles apart.  (On a clear day, you can always see your neighbor.)  Most of the businesses that matter are railroad-friendly; to this day, they draw their prosperity from it. It is an unusual economy that can run on such "old-school" technology. And yet it seems to do it.  Grain is dumped into hopper-cars and processed at larger facilities nearby.  Beets go by truck, which can be hazardous to pedestrians.  Almost everyone in Hillsboro has been knocked silly by a beet that has “flown off” a truck – or say they have.

You don't get much shade in Hillsboro, whose trees peter out at the edge of town.  But along the tracks you do.  City fathers put a little park here, with an antique caboose, the high school mascot, and a plaque commemorating the advent of electricity.  Into this shaded area the trains come and go, taking some of your spirit with them. If you're used to looking at a landscape like this, you'll take any form of excitement.  You'll watch a boxcar fill up with winter wheat; you’ll watch somebody push a shopping cart from one side of the tracks to the other; you’ll watch – when it snows – a fellow citizen spin his wheels in an attempt to liberate his car from an ice-patch.  You’ll watch these things because they’re all the entertainment you've got.

Weller is the name of the family that still owns this house - though it hasn't been occupied in decades. A prolonged disuse is not uncommon in North Dakota, which is not sentimental about discarded things. There's been talk about burning the house, but nobody's gone ahead with it yet. The hoppers behind it are water-tight and are rented out for storage.

In this view, the shadows have lengthened and there is a vibrant hush in the air, for which many life-forms, seen and unseen, are responsible. North Dakota is almost as famous as its easterly neighbor for the prodigality of its insect life. And it was here, from a vantage point some ten or fifteen yards from the house, that I was devoured by some of the hardiest insect species in the state - or perhaps in any state.  It was, however, worth it.  I had never done a painting quite like this, as conventional as it may seem.  I could have done a house portrait, which shows, as it were, "the whole" - an approach that does very little for the imagination.  I wanted the house to be seen as the fragile thing it is.  Nature will take it down - should we fail to get to it first.

Here on the prairie, resurrection does not always come.  When you die, you disappear.  And there are fewer people to mourn you.  In the city, death is big business, it is inclusive, it has flash and style.  People leave things behind – big things other people occupy or, somewhat infamously, sell to the highest bidder.  Here on the prairie, death creeps in, does what it has to do, and moves on.  It is not for the faint of heart, but the faint of heart do not live here.

I want to mention that Lloyd Weller, the family patriarch, died a few years ago.  He was a man of modest expectations, but heroic endurance.  His sun-browned face reflected the influence of lifelong toil - as well as an impish humor.  He was a hunter who cared about animals; a family man who felt incurably alone; a stoic with seething memories.  (In later life, they spooled out of him – to no end other than to satisfy himself.)   He valued honor, eschewed self-promotion, and got on with things.  Yet he found the time to be supernaturally decent.  I’m not particularly stuck on heartland values – which can kill you if you take them too seriously.  Yet he was as close to being a living embodiment of them as anyone could be.  It was an honor to know this man, who was constantly deprecating himself and asking how things were going with you. 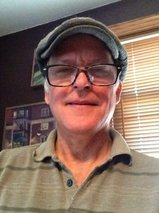 BRETT BUSANG was raised in the South, from which he managed to escape early on.  In the many years that have followed, however, he moved back a couple of times and has been trying to explain those little adventures to himself ever since.  As a writer, he has published a great many essays, profiles, and travel reminiscences, most recently in Lost Coast Review, Gastronomica, Coldnoon, and Loch Raven Review.  As a painter, his work has been widely, if somewhat haphazardly, collected.  He is considered by chronic dreamers to be a shameless self-promoter, though business-types wish to believe quite the opposite.  He is sixty-one years old, reasonably fit, and no more or less cranky than one would think. Visit his website:  brettbusang.com