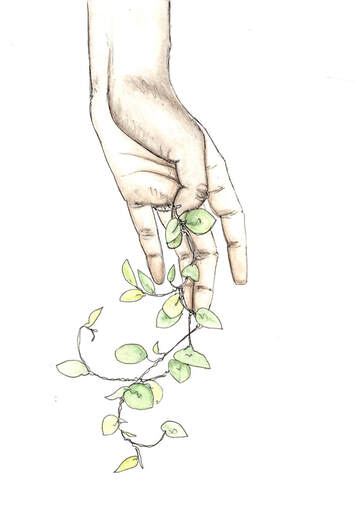 Ode to a Dollar Store Pregnancy Test by Brett Hanley

I can sense the pitch of what’ll happen
as I reach the cashier who asks, hey pretty lady,
is that all? Pink box. All I need materially,
accidentally cast on the counter’s puddle,
the outcome of which I won’t notice
until it’s later damp in my hands.

I used to know someone who bought condoms
by the hundreds for her strap on.
Can this be more like that, or am I forfeiting?
Not really a lady, I’m one of two queers
in their 30s spinning pinions, moving wheels
manually inside some eternal clock.

At home, I see the first maroon line
and for a second want to will another
to appear. Blankness packs the bathroom
and then the whole apartment, leaves
its small footpaths everywhere.
Brett Hanley is a Poetry Editor for Southeast Review. She holds an MFA from McNeese State and is a PhD candidate at Florida State. Their work is forthcoming or has recently been published in West Branch, Gulf Coast, Ninth Letter, Puerto del Sol, THE BOILER, Poetry Northwest, and elsewhere. She was a semi-finalist for the 2022 92Y Discovery Contest and has received support from The Bread Loaf Writers' Conference. American Poetry Journal recently published their debut chapbook, Defeat the Rest.
Larissa Monique Hauck is a queer visual artist who graduated from the Alberta University of the Arts in 2014, where she received a BFA with Distinction. Her artwork has been featured in multiple regional and national group exhibitions as well as a growing number of international exhibitions. She has been selected for inclusion in events such as Nextfest 2018 (Edmonton, AB), Nuit Rose 2016 (Toronto, ON), and the 9th Annual New York City Poetry Festival 2019 (New York, US). Her drawings and paintings have also been featured in publications such as Creative Quarterly (US), Wotisart Magazine (UK), Minerva Rising (US), and various others.