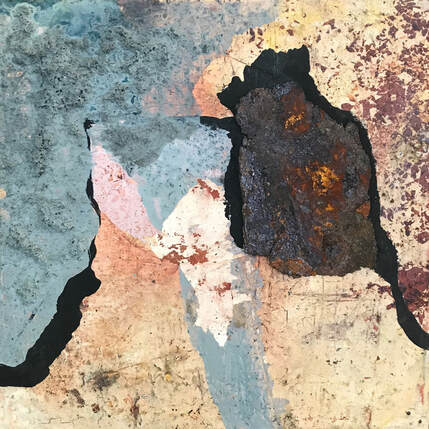 My mother counts pennies
rather than sheep in her sleep—

Three hundred and ninety-nine
get unlimited access
to the local pizza buffet chain
where my father chastises my sister and I
if we eat less than four plates.

I swear the lines engraved
on my mother’s face come from
the way she analyzes each receipt
just a few feet away
from the Walmart cashier,
making sure they counted all her coupons
and didn’t scan that red onion twice.

I will never forget the fear that bore
into me, along with her eyes,
when she realized she’d paid
for the toy rabbit I casually
slipped into the cart
without asking;

I will never forget
that she let me keep it,
despite.

My summers are spent
in a stifling car, my father making us
tag along to all his odd jobs;
the broken air conditioning
is not enough of a priority to fix,
not even in July, not even in Florida.

But still, they both allow themselves
the small dream of a lottery ticket,
each time they stop
at the gas station.

It’s the only time my father
remembers my birthday,
the numbers he religiously plays.

Briana Naseer is a Pakistani-American school psychologist and poet living in Chicago, Illinois. She has a bachelor’s degree from the University of South Florida, and a master’s degree in education and an education specialist degree from The Chicago School of Professional Psychology. Her debut poetry collection is entitled Rind.

Sinejan Kılıç Buchina is a NY based artist and visual instructor. She is of Circassian-Abkhazian ancestry, born in Turkey. She received her B.F.A. in Art in Istanbul, and continued her education with programs in London and Berlin, and completed her MA in New York. Buchina has exhibited in galleries and institutions throughout New York, London and Istanbul, and is currently working on evolving projects in New York, Sukhum and Istanbul.