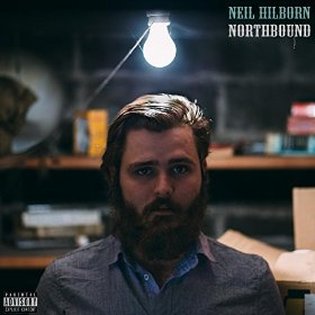 Clatter and Northbound by Neil Hilborn


After watching Hilborn's electric performance of “OCD” when it went viral, I, like many, eagerly started to look forward to his videos. It resonated through a large part of our writing community, a performance that made us—as well as many who don't normally like poetry—take notice: here was a poet to keep an eye on. So it was with much anticipation that I bought Clatter.

But something was missing. Without Hilborn's recitation, many of his poems are unable to land a solid hit; they lack his ability to speed up and slow down and swing. Poems like “Loving the Impermanent” and “Otsego County” (which does appear, brilliantly, on his new digital album Northbound) most especially lack that spark of performance. So, unless you're a diehard fan, or want to read a poem about a pickle, save your money on Clatter. You should be spending it on Northbound.

1) Spoken word is, simply, meant to be spoken, same as plays are meant to be performed. Hilborn is poignant, reflective, and humorous in both his chapbook and digital album, but poems like, “On Being Hung Over as Balls and Eating a Pickle” in Clatter would be better served in audio. On the other hand, my personal favorite track, “The Mating Habits of the North American Hipster,” get the full benefit of Hilborn's flamboyant performance:
2) With Northbound, Hilborn has really hit his stride. Along with fifteen newer, equally romantic, tragic, and self-involved poems, Hilborn's taken five pieces from Clatter and recorded them, making them that much fuller:

The remaining pieces allow Hilborn to expand and really breathe. Here are longer pieces and the stories, such as “Liminality,” which details the tragedy of a car crash:
“...and if you turn up the speakers past the point of sound into deafening silence you will hear me again, I will whisper your name through the cracks in the canyon rocks and you will know this is heaven...”


and “The Future,” the first track of Northbound, in which Hilborn discusses being bipolar. In it he weaves equal parts humor

“...the point is here are a list of things my brain has told me to do: join a cult, start a cult, become a cabinet maker, kill myself—so in essence, become a cabinet maker, break into and then paint other people's houses, have sex with literally everyone who reminds me of my mother, fight people who are much fucking fightier than me, like the cops”

“I think a lot about killing myself, not like a point on a map but rather like a glowing exit sign at a show that’s never been quite bad enough to make me want to leave.”

“I know tomorrow's going to come, cause I've seen it. Sunrise is going to come, all you have to do is wake up... The future is a blue sky and a full tank of gas. I saw the future. I did. And in it I was alive.”
It's poems like these that make Neil's Northbound's unabashed dual presentation of mental illness and self both unique and accessible.

I'll leave you with this last thought: