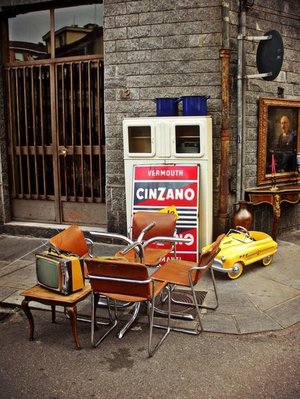 
The signal from the wireless router cuts in and out like a conscience,
and the image quality on the video is average at best – their bodies,

the two of them, constellations of tiny, tiny boxes, glowing a tad bit
orange, red, what at times suggests harsh touch, excessive pressure

put on skin by skin. Every parental obscenity you believe should be
present is, and in proper number, the geometries bordering on absurd;

their acrobatics, the physics of lust bate boyish breath into buffering.
You jump excitedly around the video to catch the action from all its

different angles, a very certain piece of you protracted in eager study.
Your mouth floods. Your ears sharpen to the point of picking up pin-

drops, like a cat’s, just in case the floorboards trace the sound of a
foot. At the end of the clip, is the finish: he stands over her, his hairy

legs split in a victorious straddle and face somewhere out of frame
along with the boom mic. She, on the other hand, kneels on the hard

floor, staring directly into the camera lens – smiles, then licks her lips
and teeth clean: enthralling. But even more so? The light in her eyes

waiting to burn.
Cortney Lamar Charleston is a Cave Canem fellow and Pushcart Prize nominated poet living and writing in Jersey City, NJ. His poetry has appeared, or is forthcoming, in Beloit Poetry Journal, Crab Orchard Review, Eleven Eleven, Folio, Juked, The Normal School, pluck! The Journal of Affrilachian Arts & Culture, Rattle, THRUSH Poetry Journal, Winter Tangerine Review and elsewhere.
Olivier Schopfer lives in Geneva, Switzerland. He likes to capture the moment in haiku and photography. His work has appeared in The Red Moon Anthology of English-Language Haiku 2014 as well as in numerous online and print journals. He also writes articles in French about etymology and everyday expressions: http://olivierschopferracontelesmots.blog.24heures.ch/