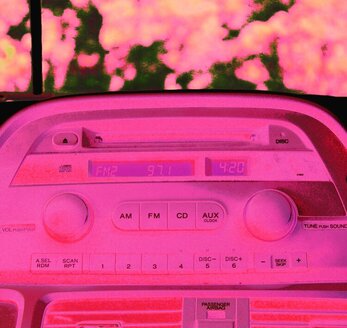 A musician walks onto a livestream, greets all his viewers as his lovers by E.B. Schnepp

& I’m reminded of another story from another place
when another man told an army he’d love them
in his next life, his next life filled with hundreds of wives
he was bound to love equally. What came first?
The boy band or the incarnate who promised the world
undying love? & this isn’t a joke. This is a boy
sitting in a hotel room on one side of the computer screen
& a girl in her bedroom on the other & she knows everything
about him. & he calls her lover because he doesn’t know her
name, doesn’t even know she’s one of the many watching.
They will never meet in this life. & I’m just a poet
writing about the boy & the girl & the way she loves him so much
& the way he loves her, but not the way she wants to be loved,
imagines him loving her, rather, in the abstract way
a boy can love infinity. & they’re both such good performers,
performing love, trying so hard to be what the other wants,
what the other could love forever.
E.B. Schnepp currently resides in Indiana, their work can also be found in Longleaf Review, Ninth Letter, and Cumberland River Review, among others.
Marisol Brady is a self-taught photographer whose work examines the ephemerality of capitalist excess, nostalgic distortion, times we’ve had, times we’ve been told we had, and the time we have left. They cast an optimistic, neon-lensed glance at the decay precipitated by the hyper-escalating economic inequality and planetary destruction of the past four decades that, with some squinting, recognizes its transformative potential. Originally hailing from Long Island’s south shore, Marisol lives in Brooklyn.