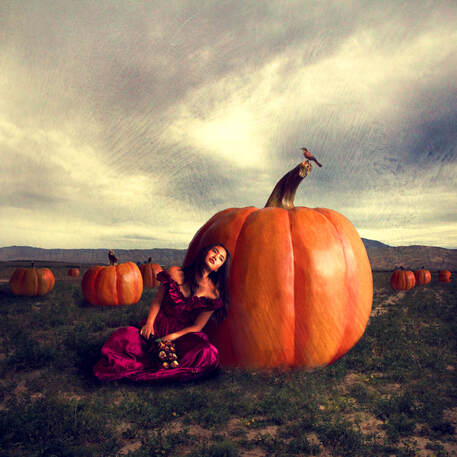 "Carriage without Horses" by Fiona Hsu

Route Map
There’s old mate who said waving a flag is not a political act.
There’s the way you think all flags or no flags. There’s the
place where you went to a séance when you were a kid and
a thing really did go bump on the wall, but now you don’t
believe in ghosts in that way and yet that house is still dark
and always in shadows of pine, and year-round nothing grows
through needles from those trees that aren’t from around here.
There is the place you picked up a cormorant who’d been hit
by a car; the scar still on your hand and your heart full when
you think of it healing – the cormorant, not your hand – and
there’s how it honked when it went home. There is the place
where you picked up a robin, caught by a cat, and there’s the
same place it was already dead when you got there. There is
the place where the tree was cut down with two bronzewing
chicks still in their nest. There is the place where the tree was
cut down with a sparrowhawk chick still in its nest. There is
the place where the tree was cut down with the little lorikeet
chicks still in their hollow. There is the place where the trees
used to be in the place you released a barn owl, healed after
hanging all night on barbed wire. There is the mornings of
men, mornings of high-vis vests staring up into trees, there
is your worry the trees won’t be there by the time you come
back; there’s the way it is different things going bump that
frighten you more than the séances did. There is the pelts
hanging up, there is the things you’d like to do to that place
if only it meant more cows more kangaroos more anythings
wouldn’t get killed and if only it meant no more pelts would
get bought. There is the place where the house number’s
painted on plywood, banged onto a tree, there is where you
wondered if we could do numbers away if only we had the
same language for trees. But there, see, there is the place
where you realised it’s better to not have the same language
for trees, numbers can stay, keep the infinite words for the
trees, infinite words for the everythings, just keep the nails
out of trees. There is the fairy martin nests in the eaves;
there is white rump-patches flying up into mud, two storeys
high. There is the horse on its own, so many years on its
own, there is what does it mean that you know that, treading
the same track over and over and over again? There is the
FRESH CORN PUMKINS sign on your left and the way you
scolded yourself for thinking pumkins was funny, there is
the way you told yourself that you would trade growing
pumkins for money with that extra ‘p’ and besides, you
know what they mean. There is the turf farms and lapwings,
there is the egrets and herons, there is the place that gets
flooded in the rare times of rain, there is the pond where
you picked up the swan with three fishing hooks stuck in
his body. There is the how many fishing lines you’ve pulled
out of those trees, out of that pond, out of those birds. There
is the pigeons on telephone wires; there is sometimes no
pigeons, just one peregrine falcon. It goes pigeons then
falcon, pigeons then falcon, pigeons then falcon. There is the
way you both do and you don’t know at all what that means.
There is the way you keep going, even when you don’t know.
Subplot
The bit you like best in books is the list of ingredients/groceries bought
when a character starts all over again in some broken-down, tiny-town place.
How meagre the list – everything singular/small – how lacking in nutritive
value. But significant, still: their ability – no – their willingness, really,
to feed up their coppiced-out bodies, in spite or acceptance of now.

You like also how nice and how awful this new place of home looks to someone
so broken. The seed-coloured grass (dying back; they’ve not seen it green yet),
the fog, the cream of reverse lights on some local’s car. Condensation from
a raven’s aark. The wellness of pedestrians. The illness of them. The cold.
The heat. Whatever it is; shells if they can get them. What they get:

coffee, juice, bread in the West. A sandwich will do, if they can forget about
meals they used to share. You learn a broken life needs no adornments in repair,
no embellishments at first. A sad row of shops, a battered old farmhouse, a field
of dirt (if you can). You learn as you go; loneliness normal, as contagious
as ’flu‘. You generate gains outside fiction, remembering lists you have read

of ingredients; every also-ran thing bought at some tiny town’s incomplete
also-ran store. You recall from stories how it’s done, this moving forward,
this feeding oneself – not well at first, but enough. You remember from books
what it means to set out and notice how dying the grass is. What it means
to have strength and the stuff to get enough food you can carry, all by yourself.
Emma Croker lives among mountains in New South Wales, Australia. Her poems have appeared in Crab Creek Review, The Indianapolis Review and Drunk Monkeys. She reads your work and posts (sometimes blurry) pictures of birds and insects on Twitter at @EmmaCCroker. She feels better about her species when she reads poetry.
Fiona Hsu was born in February of 2001 in Orange County, California. She has won first place in Yorba Linda Women’s Club art competition in 2019 with recognition from Congress, Senate, and Assembly, and she is a National Silver Medalist of Scholastic Art and Writing Awards 2019. Fiona is currently studying at UCLA as an undergraduate studio art major. Her works capture the aspects of beauty within woeful and melancholic definitions that narrate quaint and odd stories, in which she hopes her art serves as rusty mirrors for her audience—reflecting and reminding them of a quality and/or memory from the past.