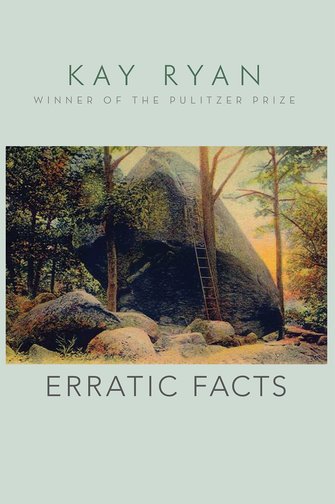 
When reading Kay Ryan’s poetry, I often get the sense of looking at an Alexander Calder mobile: minimal, elegant, balanced, striking, and in perpetual motion.  Her trademark layout, left-justified, with numerous line-breaks, usually within one to five sentences, belie the import of her observations.  Within these spare creations, one finds musicality—full rhymes, close rhymes, slant rhymes and sight rhymes--what has been termed as “recombinant rhyme” --that appears unexpectedly and delightfully. Like Calder’s mobiles, her poems display juxtaposed elements, always concise.

In Ryan’s latest book, Erratic Facts, her keen attention focuses in part on one of life’s most defining events: death; in this case, of her beloved partner Carol. (Even though her partner is deceased, Ryan dedicates the book “for Carol anyhow.” Readers who follow Ryan’s work know that every book is always for Carol.)  This is a ninth collection of poetry for Ryan, a MacArthur Fellow, a Pulitzer Prize winner and a Poet Laureate.  ‘Erratic’ is defined in the book’s opening as a geologic phenomenon that occurs when glaciers deposit boulders great distances away.  One certainly gets the sense of upheavals that carry us along, whether we want to go or not, but also, of the more usual definition of “erratic”— as in occurrences that come out of nowhere and assault our sense of security and complacence. In “The First of Never,” Ryan considers what “time” combined with “never” hold in store: Never dawns/as though/ it were a day/ and rises. . . to the discomforting realization that the usual chronology isn’t occurring: It should be/getting late;/she should be/getting home.

Ryan has the ability to take the commonplace, break it open, and reveal an entirely new perspective.   When reading her work, there is often a delay in meaning, a kind of aha! moment, when the full impact of her observation dawns, as in her opening poem, “New Rooms.” Ryan states that the mind needs to create a context for each new situation; to set itself up/wherever it goes.  And so, it takes the old rooms and tacks them into the new ones, calling up the image of an interior tent.  She then ends with . . .Oh but/ the new holes/aren’t where/the windows went.

While reading this poem, I found myself mentally fiddling with the tacks and hammer, struggling to get that interior tent lined up, before realizing that there is a serious disconnect between the layout of the past and present.  Some of these comprehending aha! moments are nearly immediate, others require a second reading; even others, I’m still puzzling over.

As an example, I find the language in “Brief Real Things” enigmatic and striking.  The epigraph includes a quote by David Thompson from his biography of Lawrence Sterne (Anglo-Irish novelist, 1713-1768—and yes, I had to look him up.)  But without more context, how does the epigraph inform the poem that begins Creatures whose/habits match nothing/we understand? How does the poem relate to the life of Lawrence Sterne?  I’ve heard Ryan at public readings, and this is a poem that I can imagine she would read twice (as she often does).  She is a generous and funny reader, who often provides glimpses into her poetic process.

Other epigraphs originate from sources as varied as Wikipedia, NPR, Montaigne, German writer W.G. Sebald, and scientist Timothy Eastman.  Not easily pigeonholed in her reading tastes, Ryan wrote profound poems in response to random entries from Ripley’s Believe It or Not in her book The Jam Jar Lifeboat and Other Novelties (Red Berry Editions, 2008). In Northern California, the place that I call home, (not far from Ryan’s home in Fairfax), even many well-read people who claim not to like poetry find that Ryan is a poet they can enjoy.

In Erratic Facts, Ryan’s virtuosity seems near invincible as she addresses metaphysical conundrums succinctly, boldly, and often humorously.  Written by one of the most original poets of our time, these are poems that will find a secure place in future anthologies. 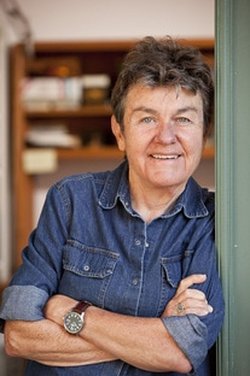 KAY RYAN is a lifetime Californian whose honors include the Pulitzer Prize for Poetry and the National Humanities Medal. She served two terms as U.S. Poet Laureate and is currently a MacArthur Fellow.