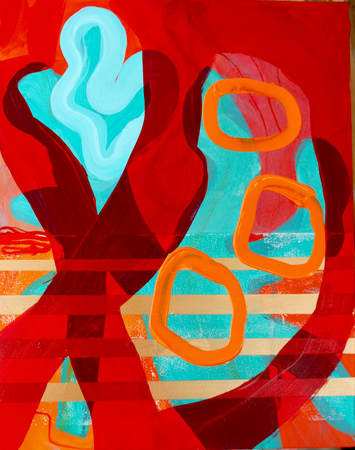 ​                 “Razan was shot in her chest with live ammunition, the single
bullet escaping through a hole in the back of her vest... Known
as the "butterfly bullet", it explodes upon impact, pulverising
tissue, arteries and bone, while causing severe internal
injuries.” -Al Jazeera
​
as if a bullet could alight
on the edge of a finger

as if a bullet could appear in a garden
as the resurrection of a loved one,
divine coincidence minutes after
spitting your eyes to heaven
begging to see them again

as if a bullet fluttered,
did not go exactly where it was meant to

as if a bullet was anything more
than a grain of explosion, as if it
was good for anything but atrocity,
anything but unleashing artery, but ripping out
everything, gut-spilled, empty mouth

as if a bullet could be delicate, as if
it could be beautiful

as if a rage-hot hunk of metal could flap its wings
and start a hurricane, as if
act of god did not belong
to her eyelashes,
her inhale


as if a butterfly
would ever kiss
the curve of her neck,
flap its wings and cause
her father to pallbear her vest in his hands,
spit this
was her weapon

as if a butterfly would enter her chest
grace from her back
and leave any trace apart
from newness of language (choir-rich,
throat-sprung, words for how god tastes), any trace
apart from
lightness

as if a butterfly would cause her father to empty
her vest’s pockets,
to cemetery her gauze
in front of him like an offering, say
this was her weapon,
beg heaven for divine coincidence,
in his garden, days after

as if butterflies would wing violence, wing pulverized,
as if they did not spring from the soles of her feet,
as if butterflies made burial shroud of headscarf,
as if butterflies asked bodies for their nectar,
siphoned it from them and called it accident,
as if they did not give life,
as if they took it
Fargo Tbakhi (he/him) is a bi, Palestinian-american performer and writer in phoenix, arizona. his work has been published in Maudlin House, Ghost City Review, and Cotton Xenomorph, and is forthcoming from The Ellis Review, Crab Fat Magazine and Cosmonauts Avenue. he tweets @youknowfargo.
Perrin Clore Duncan, from Oklahoma, graduated from DePauw University in May 2017 with a B.A. in Economics and Studio Art. Her work has been shown and published in Ireland, the United States, and worldwide through online publications. Perrin currently pursues her M.F.A. at the Burren College of Art in Ireland.
​Visit her on instagram at @perrincloreduncan.art or at her WEBSITE.