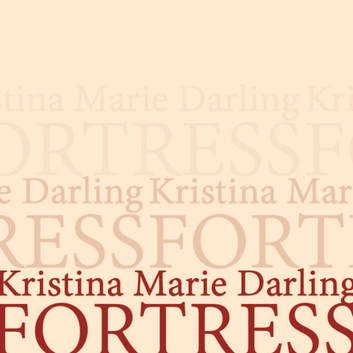 In her “Notes on the Text,” Darling writes that the “Preface” and “An Epilogue” of Fortress are erasures of Elaine Scarry’s The Body in Pain. Scarry’s work has been foundational for theorizing the concept of pain as an embodied experience with ethical, cultural, and political consequences for those who both experience it and inflict it. For Scarry, pain is antithetical to language, for it is an experience characterized by its “unsharability” and “resistance to language.”1 The unbridgeable divide between two bodies is each body’s particular experience of pain—subterranean and inaccessible, only approximated through post-verbal utterances (“ouch!” “ow!”). Pain, Scarry argues, “actively destroys” language.2

Activists and thinkers in the disability community have since worked to revise or even refute Scarry’s model of pain. As medical historians of the nineteenth century have noted, the discovery of ether in 1846 contributed to revolutions in the understanding of pain in medicine and society at large. Anesthesia bore the possibility of managing or even annihilating pain all together while enabling medical intervention into the body. To this day, pain remains a condition to be suppressed or ultimately eliminated. Margaret Price has called for a “need to think and talk more carefully about pain—not in order to overcome it, but in order to overcome the many oppressions that attempt to annihilate us for feeling pain.”3 For many disabled writers, pain is precisely the place from which storytelling originates. Hardly destroying language, pain instead proliferates and produces a particular grammar of the disabled body. Part of the project of recovering disability as productive, agential embodiment has been the rejection of a narrow view of pain as purely suffering. This new framework of pain as knowledge-making, what Alyson Patsvas terms a “cripistemology of pain,” has ethical stakes, especially in the face of our country’s opioid crisis: “It is my hope that cripstemologies materialize in ways that permit us to think pain otherwise, to produce painful new knowledge, but also to construct analyses about pain that are less painful, and less dangerous to those of us in pain, and, in doing so, to re-imagine our (shared, pained) futures.”4

Darling’s erasures begin to do this work through poetry by reimagining Scarry’s book, itself a corpus, a textual body full of gaps and spaces open to revision. For Darling, pain instead “finds a voice, it begins to tell / about the / larger structures of / events happening / within the interior of that person’s body” (7). As bookends for this collection, these erasures raise questions about what Scarry herself erases through her theory of pain as lack. Fortress invites us into a world counter to Scarry’s image of the scene of torture in which pain shatters and limits the world of the sufferer: here, language is world-making.

The speaker’s reflections on loss and pain explicitly do not take place in the center of the page. Displacing the conventional act of reading purely the main text, she defamiliarizes the body of the poem. She insists upon what usually escapes our attention: the fringe, the margins. These footnotes are what literary critic Gérard Genette describes as paratext or “a fringe of the printed text which in reality controls one's whole reading of the text.”5 At one point, the speaker asks, “What does it mean to cross a threshold?” (45). “Threshold” is a key word for Genette: the paratext is not sealed off from the main text but a “zone between text and off-text, a zone not only of transition but also of transaction.”6 For Darling, this “zone” moves beyond the “between” to the very text itself. Paratext is main text: a stark, blank page frames and circumscribes the narrative of a dying marriage unfolding in the footnotes. Readers are asked to inhabit and grapple with this empty space that dominates every page. Juxtaposed against this barren whiteness is the flowering space of the fortress “overrun with dead poppies,” sensation, and memory (13).

Darling plays with the tension between the imagined architecture of the fortress (or what later becomes the “mysterious ‘burned house’”) and the concrete architecture of the printed page. In Book Two, the footnotes distinctly shift from what reads like first-person journal entries in Book One and Book Three. These footnotes resemble explanatory notes but actually work to populate the rooms of the “fortress” with collections of quotations, terms, and details. Like a commonplace book, Book Two’s footnotes work associatively as in notes 6, 7, and 8:

6. “I loved him with all the precision of a photograph, its attention to the most unsightly features. Like the enormous black pores at the very tip of his nose.”
7. Descente. Meaning, in the original French, “a fall from grace.”
8. Alone in the house, she finally opened the gifts he’d left behind a necklace, the empty bottle, some Polaroids tucked in a book.

The quotation, etymology, and list of objects, each a different form, frame and reframe one another: is this how the speaker imagines her marriage as a fall from grace? The repetition of blank space—a “drawing board” conveniently placed on each page for the messy labor of associative thinking—invites such creative speculation from the reader. The reading process is also accretive: a sifting through ashes for fragments that are “remembered” into (however incompletely) a history, a painful past riddled with inconsistencies and contradictions that remain unresolved like the blank space pervading every page. “What is there left to say? When we married, I became his wife,” concludes the speaker in Book Three. Fortress is simultaneously reducible to and entirely beyond this description. Darling spatializes the often unspoken pain of loss into a fortress—a gothic vision of a marriage’s crumbling architecture. Intimate relation is at once the narrative of the surface and of the seemingly minor footnotes that convey an entirely different story. It is the latter where Darling chooses to linger, the rooms from which we never quite escape. 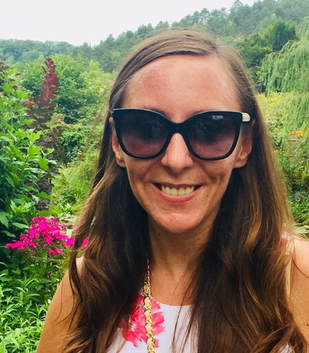 Kristina Marie Darling is the author of 30 books, including Look to Your Left:  The Poetics of Spectacle (University of Akron Press, 2020); Je Suis L’Autre:  Essays & Interrogations (C&R Press, 2017), which was named one of the “Best Books of 2017” by The Brooklyn Rail; and DARK HORSE:  Poems (C&R Press, 2018), which received a starred review in Publishers Weekly. Her work has been recognized with three residencies at Yaddo, where she has held both the Martha Walsh Pulver Residency for a Poet and the Howard Moss Residency in Poetry; a Fundación Valparaíso fellowship; a Hawthornden Castle Fellowship, funded by the Heinz Foundation; an artist-in-residence position at Cité Internationale des Arts in Paris; three residencies at the American Academy in Rome; two grants from the Whiting Foundation; a Morris Fellowship in the Arts; and the Dan Liberthson Prize from the Academy of American Poets, among many other awards and honors.  Her poems appear in The Harvard Review, Poetry International, New American Writing, Nimrod, Passages North, The Mid-American Review, and on the Academy of American Poets’ website, Poets.org.  She has published essays in The Kenyon Review, Agni, Ploughshares, The Gettysburg Review, Gulf Coast, The Iowa Review, and numerous other magazines. Kristina currently serves as Editor-in-Chief of Tupelo Press and Tupelo Quarterly, an opinion columnist at The Los Angeles Review of Books, and a contributing writer at Publishers Weekly. She is represented by Marilyn Allen of the Allen O’Shea Literary Agency.