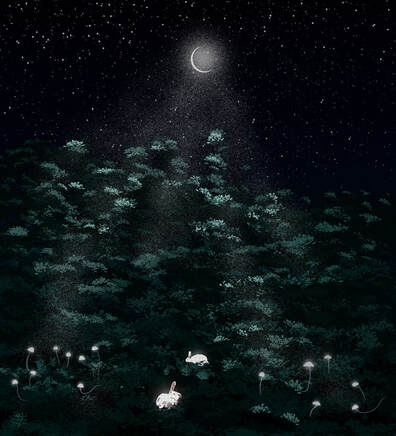 Admission
I am always starting poems with the weather.
As in there’s light rain or the windows have banished
themselves with sun or the air is undressing
itself. Today there’s sun and I am sorry
about the last year of my life. Undone even,
by the softness of sun; I don’t want to leave myself alone.
In the last year of my life a friend died and I stopped being kind
in love and began to find all the people around me
unforgivably unkind too. Most of the houses
in this neighborhood are painted some shade of green
and cigarette smoke has carried over from the men
two porches down; I saw them yesterday, talking in the rain.
I would like to be a man at a table, talking.
I would like a voice tinny with smoke. I have
a memory of last year, of leaning against the pillar
of a second-story balcony, my spine against
a splintering edge of wood. The sidewalk below
lilted in the night like my friend’s hands
as he talked, like his voice when he was startled,
like he might be, just now, by the serrated sound
of a dog in the sun barking.
Twice Drawn

Drawing, I learned foreshortening,
how to give shapes an illusion of depth
in order to replicate the brain’s understanding
of what the eye records.

I am drawn to tall men, sometimes to men with dark hair;
I am drawn to folk music, the sound of strings and skin
splitting open the distance between what is now
and what has been.

I haven’t drawn in a while.

The last picture I drew was of a man
who sat with his back to me in our kitchen chair.

I remember my mother’s fascination with eyes:
how they don’t record the full picture
of what we see. There’s a hole
in our vision that our brains fill in;
in this sense, we are always drawing.

It’s been winter for months now
and houses take on a remoteness. Their windows
are sometimes eye-like, sometimes ear-like
and filled with dark shapes I do not understand.

Ice should leave the lakes and ponds soon—
last year sometime in April, driving
past Jamesville Reservoir, I saw
for the first-time in months open water,
a gouge of blue, and cried.

The Victorian physicist who studied
the eye’s blind spot thought first of god,
who he called the divine artificer

but I am no physicist
and I have no god.

Instead I have winter.
Winter of blonde light and dense quiet.

The trees in the yard are leafless,
reach toward me. Birds move
in gesture, birds move toward me

with a vague unholiness,
but from where I cannot see.

Genevieve Payne is a third-year MFA candidate in poetry at Syracuse University. Her work is forthcoming in the Colorado Review. She was the 2019 recipient of the Leonard Brown Prize in poetry.