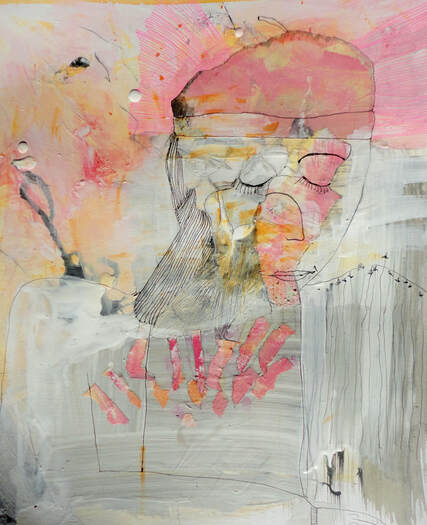 "Always With Me" by Jenn Ashton

Pantoum for the Mars Rover, Not Singing

The Mars Rover, Curiosity, sang happy birthday to itself only
once, back in August of 2013. I kept meaning to look up
how sound waves function. It turns out they require air particles in order
to carry the songs to our ears, and also atmospheric pressure.

Back up. In August of 2013 I was looking not for meaning
but for a psychologist. I wanted to learn about the operational definition of low self esteem.
Also about the atmosphere in my ears, the pressure to carry a song.
No more birthdays: apparently the engineers do not anthropomorphize their million dollar assets.

To the psychologist, the operational definition of low self-esteem appeared to be my wanting
to listen to Gentle Rain Ten Hours High Quality at night. Fake weather and inadequacy.
Do not anthropomorphize those engineers or their million dollar assets, she said.
It's literally an inanimate object why are you still crying.

At night, I'm weathering sweat and feeling low quality. No hour is gentle.
Picture Curiosity itself, each year, not happy or roving. Singing only a new tune,
la la la, not all objects are inanimate. Crying out for literally no one to hear.
Consider how sound waves must function in a particular order, and like me, require air.
I'm Bored by All This Tenderness