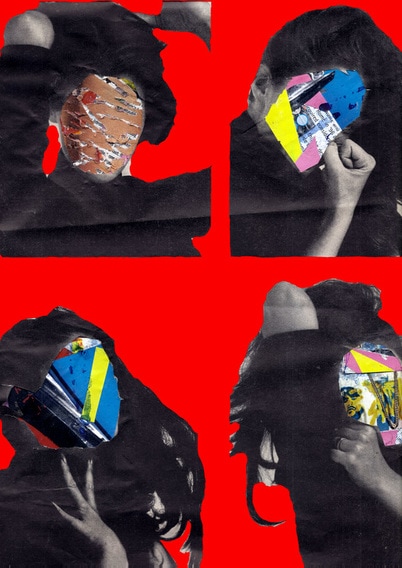 
I just had a vision I was gonna make a big play, and it came true. —rookie Malcolm Butler, Super Bowl XLIX

Is this what death feels like
as it’s chasing us,
that hip-hop song
in our heads for years?
The sky looked like Missy
Elliot’s latex pulled
tightly around her cumulus
body: Can the sky
wrap itself around a cloud
like a Honduran boy
around a Jeep’s
mouth? Death makes
mistakes, raps
indiscriminately to a throbbing,
electric beat. Lisa said she saw
pieces of herself
on the roadside
she mistook for black
geese gathering, a red Coca
Cola tin in her lap
the little compartment
unsuccessfully
holding it all. Back then, we
carved love into our forearms
with the Lady Bics
that taught us
how to shave, that pink
pen filled with ink.
Restlessness is
a sin, a girl running toward
something she spots
in a ditch, then she’s a coffin
at ease in the bed
of a pickup--
the little altar
we foreshadowed,
worshipping
God, God, God,
God, God!
Our prophecy on fire, like all
our football
player, ex-boyfriends’
houses.


My body always looked for ways to correct
itself, getting dizzy on the trampoline, repeatedly trying to undo

its first time, said, kick me in the stomach with your Doc Martens,
with your 1997, with John’s slicked-back ponytail like his palomino

station wagon picking me up from dance practice, the only
horse ever known to be held together at the joints

with red rags like those waving goodbye from a gas tank.
I’d been pregnant with only his buffalo-check plaid

tied around my waist, getting caught on a nail like my mother
tugging on my nape when she knew I was looking for trouble,

as I snuck out of my room for a Marlboro Red, to blister
my mouth with Revlon Blackberry, paling my cheeks down with baby

powder to demonstrate I didn’t need to be sexy, which made it sexy,
emulating Robert Smith’s face on the front of the shirt

John tore a hole through like he did my mouth, which then ached
like a shattered glass door at a truck stop where Leslie

hid her whole body in a trash can, the place from where the small
parts of our youth were stolen.
ILIANA ROCHA is originally from Texas and is currently a PhD candidate in English-Creative Writing at Western Michigan University. She earned her MFA in Creative Writing-Poetry from Arizona State University, where she was Poetry Editor for Hayden’s Ferry Review. Her work was chosen for the Best New Poets 2014 anthology and has previously appeared or is forthcoming in Bennington Review, Banango Street, Blackbird, and Third Coast. Her first book, Karankawa, won the 2014 AWP Donald Hall Prize for Poetry and is available through the University of Pittsburgh Press.
Based in Vancouver, AGENT X grew up in Connecticut and studied in New Haven and Atlanta. He was the top recipient at the Curious Duke Curious Pie Show, and he has been a finalist in numerous prestigious art contests. Agent X’s work has been exhibited in art meccas all around the world, including London, New York, San Francisco, Spain, and Toronto.