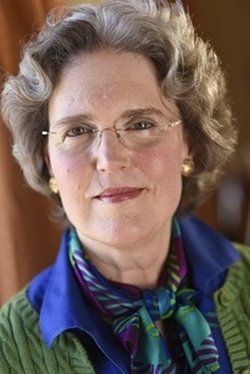 JENNIFER DWIGHT worked as a litigation paralegal, trainer and writer for 33 years in the San Francisco area. While employed at Morrison & Foerster LLP she was lead paralegal for the late Gordon P. Erspamer for 14 years during his advocacy on behalf of U.S. veterans. She received the California Bar Association’s Wiley W. Manuel Award for Pro Bono Legal Services for several consecutive years. She has written and published numerous articles, short stories and paralegal books, as well as a sixty-segment story which was serialized in The San Francisco Daily Journal and was the first fiction ever published by that legal newspaper. She is a member of the San Francisco Paralegal Association, The Authors Guild, The National Association of Professional Women, and lives in Northern California. The Tolling of Mercedes Bell, to be published in May 2016, is her first novel.
After thirty-three years of working in law firms, Jennifer Dwight used her knowledge and experience to write a novel full of suspense, with a few touches of magic realism. The action takes place in the 1980s against the background of the crack epidemic, homelessness, and AIDS. Yet in the end, The Tolling of Mercedes Bell is “a story about honesty in the face of deception, courage in the pursuit of happiness, and the unexpected places that quest can lead."  The novel will be published by She Writes Press in May 2016.

Teresa Dovalpage: You have written several non-fiction books. What motivated you to write a novel?

Jennifer Dwight: I was tired of writing non-fiction and wanted to grow as a writer. I wrote a fiction serial for a local legal newspaper in the early 1990s and loved it, so I had a taste of what was involved. That project, called The Dissemblance of Marie Mirabeau, started as a lark and ended up running for sixty weeks. I was motivated to write The Tolling of Mercedes Bell after observing the AIDS epidemic ravage San Francisco, and torment not only the gay community, but all of us who had friends and family members and neighbors with HIV. Once the plot of the book took hold in my imagination, I felt compelled to write it and became its captive.


TD: Was the legal background in The Tolling inspired by any real cases or your own work experience?

JD: Yes. After 33 years of working in law firms and litigation, I am well acquainted with how lawsuits unfold, how lawyers think, and how evidence is developed by a team. I’ve watched many a chess game play out among lawyers in a courtroom. Sometimes the truth is served, but more often than not someone is more interested in lining his pockets than serving the truth. Although the cases in my novel are fictional, aspects of them are not.

TD: Talking about “fictional,” I really enjoyed the subtle magic realism touches, like the scenes of Mercedes’ dreams in Italy, the suggestion of a past life, and Germaine’s skills to predict certain events. Why did you decide to include them in an otherwise realistic novel?

JD: I believe that the activities of our daily lives take place on the surface of a great ocean which is the subconscious mind and our soul. I believe that our subconscious and our spirit are always communicating with us, but we ignore those messages most of the time. When we’re endangered or are about to make poor decisions, something inside us instinctively knows and tries to alert us through dreams, premonitions or instances of synchronicity. Mercedes’ dreams are not memories of a past life, per se, but are warnings about the disaster she is unwittingly approaching. She misses every clue until it’s nearly too late. I believe information is always available to us, but we choose to ignore it. Most of the time we’re looking for confirmation of what we already believe, or are looking for what we want to find, rather than what is actually there under our noses. We often pay a great price for this blindness.

TD: Yes, we put a blindfold over our own eyes! Now, what was your writing process for The Tolling of Mercedes Bell? Did you write every day?

JD: I began work on the book in 2005 and didn’t start writing the manuscript for 5 years. I had a demanding, full time job and long commute for the entire time it took to produce the finished manuscript (9 years). I outlined the story in detail, worked out all the subplots and plot, saw the characters in my mind, and blocked out all the action for each chapter before I began writing. Then I wrote every day, including weekends and holidays, for 2-1/2 years. The first draft was 665 pages long. I wrote early in the morning (4:45 a.m.) before getting ready for work, then again on the train commuting to and from work, and every free minute on weekends. Nineteen people read it during the rewriting process and gave me detailed feedback, which I incorporated. After it was the best I could make it on my own, I hired 2 professional freelance editors and, finally, a proofreader. In the end, I had reworked it a total of 7 times. The final draft accepted for publication was 406 pages.

TD: That is an inspiring story of perseverance. Among all the hard work, did you have any surprises during the process of writing your novel?

JD: Yes, many. I was surprised by how easily the scenes appeared in my mind, after I had thoroughly thought through the plot and characters. It was like watching TV. I wrote rapidly to get it all down before the scene changed (which is why the first draft was so long and why the book took so much rewriting). The characters had lives of their own, and quirks that I hadn’t imagined until I was there in the scene with them. Writing became an escape for me, once I had done all the preliminary preparation. It was a world I could disappear in, a kind of ecstasy, for however long I could write on any given day. I was surprised by how vivid it was, how the characters spoke to me. I even dreamt about them from time to time. I was surprised by the electric sense of liberation I felt the day I finished the first draft. I was surprised by how much work still remained after that (more than half), and how long it took, and how much I had to learn about publishing, marketing and the business side. I was offered a publishing contract ten years after I had begun. And I’m surprised that I want to do it again!

To find out more about the author visit http://authorjenniferdwight.com/

TERESA DOVALPAGE was born in Havana and now lives in Taos, New Mexico. She has a Ph.D. in literature and teaches at UNM-Taos. She is also a columnist for Taos News. A bilingual author, she has published eight novels and several collections of short stories. Among her English-language novels are A Girl like Che Guevara (Soho Press, 2004) and Habanera, a Portrait of a Cuban Family (Floricanto Press, 2010). In her native language she has authored Muerte de un murciano en La Habana (Anagrama, 2006, a runner-up for the Herralde Award in Spain), El difunto Fidel (Renacimiento, 2011, that won the Rincon de la Victoria Award in Spain in 2009), La Regenta en La Habana (Edebe Group, Spain, 2012, Orfeo en el Caribe (Atmósfera Literaria, Spain, 2013) and El retorno de la expatriada (Egales, Spain, 2014).