An Interview with John Eagle 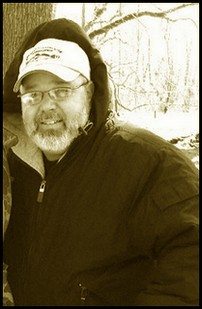 ​John, tell us a little more about you. What are you up to when you are not writing?

Well, I have to pay the bills until my literary ship comes in, so...I work for a local car dealership in sales. I am sure I have a story about my experiences in this business in me somewhere, a comedy no doubt!

What was your first significant literary encounter? Do you feel this experience shaped you into the writer you are today, and if so, how?

I once met Eudora Welty, when I was a young reporter for a small-town Mississippi newspaper. I won't get into the specifics of this encounter out of deference to that grand southern lady, but she was very gracious and benevolent with her knowledge and it sent me on my way as a storyteller.

We love southern writers at Up the Staircase Quarterly. As a Louisianan, your writing has that natural southern flavor. Do you specifically inject that essence into your writing? What or who are some of your favorite southern influences?

I was lucky enough to grow up in downtown New Orleans in an Italian neighborhood (we are Sicilian) and spend my summers in a very rural area of southern Mississippi where much of my family originated after coming over from Sicily at the turn of the 20th century. It was in this bucolic setting, where I worked on my aunt's farm, that I witnessed the last days of the sharecropper era and where so many of my stories come from. Some have elements of truth in them, others purely fictional. Hence, I think when I write about urban subjects it comes from that old neighborhood and when I write about rural subjects those days on the farm are influential.

As for influences, like all southerners interested in literature, I read Mark Twain, Flannery O'Connor, the aforementioned Ms. Welty, William Faulkner, Carson McCullers, Peter Taylor, among many others, and also the more recent Carmac McCarthy and Forrest Carter.

John, we met you first and foremost as a writer of fiction, but have found that you are also a screenwriter. Tell us more about your recent screenwriting experiences and upcoming projects.

Hmmmm. I can't get into the specifics about the screenplay because my partner has sworn me to secrecy. I can tell you this: it is a great story that needs to be told. It all started when this independent film producer and my partner concocted this idea. My partner has been doing some acting locally in New Orleans, which has become a burgeoning player in the film industry. They are calling it Hollywood South. Many major motion pictures and independent films are being shot here daily. But I am not holding out much hope. Film producers are full of so much bovine scatology! (laughs) So, I will write the piece and see what happens.

How do your screenwriting and fiction writing differ in the ways you approach them, i.e. your creative process? Is one more challenging than the other?

Well, I write in scenes when I tell stories. So the screenwriting comes somewhat naturally. It's just a lot more dialogue, which I enjoy creating. I struggle a bit with visualizing the scenes at times, because I am not filling in all the visuals as I write. When writing fiction or poetry you are trying to appeal to all the senses, in screenwriting not so much. It's tougher and easier. Not sure if that makes any sense.

What brings the inspiration for your characters? How do you shape them? Have you pulled knowledge from your characters that you found useful in your own life?

My characters are drawn from real people I have known over the years. Like most writers, I write from personal experiences and infuse elements of fiction. Some characters are complete creations of the imagination, others are actual characters, and some are combinations of the two or many.

Usually I am telling a story about someone who is engaged in a struggle. From that conflict comes some sort of resolution. Life is so much a struggle and overcoming the obstacles that it places before you. Like my characters, I try to prevail.

What is your best advice to other writers?

I would paraphrase Papa Hemingway: When you write it goes down hot like blood. What you must do is let it cool, then go back and re-write it. Also, always stop writing for the day at a place where you know exactly where your story is going so that you can begin your next writing session running. The next session should include the re-reading and re-writing of the previous days work before starting the next session.

Another nice tip is to use transitions between paragraphs wisely. Let it flow. This I gleaned from my many years as a reporter.

Finally, John, if you could have a meal with anyone, dead or alive, real or imaginary, whom would it be, and what on earth would the two of you eat?

I would like to sit down around a campfire and have a meal with Mark Twain, Huck Finn and Tom Sawyer. I am thinking we would have some wilderness stew and all smoke a corncob pipe afterward.

​John Eagle is a teller of stories (called a raconteur by his father) living in New Orleans. He was a journalist for 15 years and wrote a weekly column for many of those years. He worked on newspapers in Mississippi and Louisiana. After a 10-year hiatus from writing, John picked up the mantle in earnest about 5 years ago. Rather than publish some of the short work he has written, he is saving it to include in a book. Currently he have enough material for said book and is looking for a publisher. John is also writing a novel that is related to some of the material in the previous work, beginning in 1890 and spanning the lifetime of one character. He also has two other novels planned.

John received a degree in English Literature from Loyola University of New Orleans and published regularly during that time. He also participated in local poetry readings at the modestly famous Maple Leaf Bar here in New Orleans, as well as other venues.