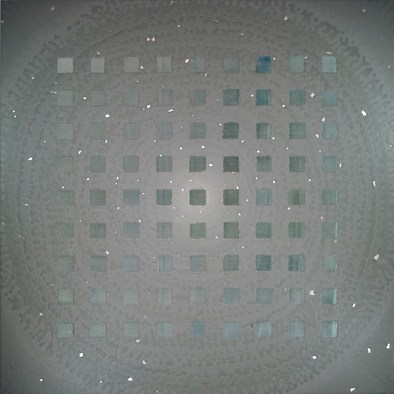 Kout kouto a by Jamal Michel

Pops asked me to help him with a search online.
We were looking up something about a car chase.
Shase, he spelled it. Creole was—is—his first language.
I laughed about it, heard him laugh too
and told him it was okay because, well,
mine was not so subtle either.

Like a firm rebuke of that spiel, Pops went,
“You ever hear about Trujillo and the Haitians?”
I shook my head, furrowed my brow.

I’ve never been to Haiti, had only ever gone
in Pops’ stories of great-grandma’s practices
(she was a voodoo priestess, he’d said)
so I didn’t know about Trujillo.
Didn’t know about the Haitians he referred to.

So Pops started,
“In the 30’s he was president of the Dominicans,”
He’s typing in something about a different chase now.
“And he put in this order, I don’t know why.
This guy...man, this guy was a mons, the most
horrifying, horrifying kind.”
I borrowed the keyboard for a second and type.

“This guy sent his men to the border, and you know,”
Pops didn’t care for the chase anymore and so he kept on,
“He has his men kill any of the Haitians living on the border.
Any of them,” and this last part he said so matter of fact
it made a lump in my throat,
the mass of which I found hard to swallow.
I asked what he meant by that and Pops said,
“Yea, he sent his men to the border with—what’s the spice
mummy uses?” And I say basil, rosemary, thyme,
Parsley.
“That. Yes, that.”
Pops didn’t repeat it.
“His men would hold it and ask you to say it.
You know us Haitians and the R.”

And there was such an immense pause,
one that cut the air of his speech
like there was a chunk taken from the period he spoke of,
of where he played before coming here,
of the broken fence he said his brothers
saw a man change into a cat.
Of my childhood father.

And Pops was just looking out the window,
like he was chasing something out there,
something different now.

So I put a hand on his shoulder,
unsure of what gesture to make,
but the subtlest kind.
Jamal Michel teaches English Literature at Northern High School in Durham, North Carolina. His mother and father were born in Guyana and Haiti, respectively, and Michel has been using creative writing and social discussion to address topics as a writer of color. Michel received his BA in English Literature at Florida International University in Miami, Florida. During that time he received a fellowship as a writing adviser and was part of the English Honors Society on campus. His work has been published in The Rectangle, Forge Journal, and will be in the next issues of 805 Lit+Art, Mortar Magazine, and Linden Avenue Literary Journal.
Laine Nixon is a painter based in Sarasota. In 2015, Nixon’s work was published in Studio Visit Magazine, and acquired by RBC Wealth Management. She won the 2016 John Ringling Towers Fund fellowship which includes a residency at the Hermitage Artist Retreat. She is working on an upcoming solo exhibition.