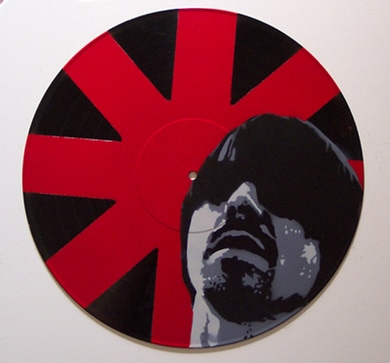 
if Anthony Keidis could have kept
his shirt on, Bennie’s step-dad might not
have hated the idea of MTV so much when he
caught us lazing about in the summertime
watching music videos instead of starting a baseball
game with the other boys or whatever shit
he was hollering as he slapped off the Red Hot
Chili Peppers and kicked us out through the screen
door hanging desperate and crying
against its hinges, soon to burn down like the rest
of Bennie’s house later that autumn,
but it was still our summer of indolent discontent,
and we just wandered around the streets and alleyways
of the trailer park wondering what it
would take to start a band, settling on the idea
of just finding someone who was home
alone with no parents so we could watch
MTV again and hope for Nirvana or Pearl Jam’s
“Jeremy,” which scared the hell out
of both of us ‘cause we each knew
a creepo in our respective grades who
might snap one day, but it was still
our summer now, damned hot and full of futures
and all we wanted was a little lazy
rebellion before dinner
JAMES H DUNCAN is the editor of Hobo Camp Review, a former editor with Writer's Digest, and a nostalgic for anything doused in black-and-white noir aesthetics. His ninth poetry collection, We Are All Terminal But This Exit Is Mine, is due in 2016 from Dark Heart Press. For more, visit www.jameshduncan.com.