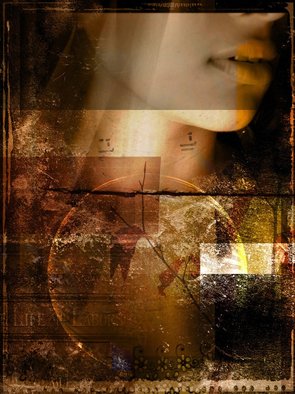 "Dr. Livingstone, I Presume" by Gary Nolan
Shipwreck Survivor Refuses to Speak to CNN
​
When the mast snapped, my husband said I moved too slowly. I clench my memory: surprise across his face as he sank into the lake, waves swamping him as I bobbed beside the bow. He liked women without my extra weight. Funny, the fittest didn’t stay afloat. The drowned feel nothing, I’ve been told. They grow cold and just let go. I am bagging up his comb and detritus of the bathroom’s middle drawer. His Astronomy magazines overflow the bin. After dark, I’ll haul my final load; add to a stack that slouches by the road. How like him to slip away and leave me with a mess! For decades, I stayed, orbiting him. Reporters send me dahlias, printed sympathy notes. They plead for details of my hours adrift; covet ratings spiked by my grief. In an interview, I might let it slip: years of deceits have left me tearless. I keep the blinds down, the phone set to mute. To sleep, I think of someplace dry. I picture dunes or a bed in a mare on the far side of the moon.

Janeen Pergrin Rastall
Janeen Pergrin Rastall lives in Gordon, MI, population 2. She is the author of the chapbook, In The Yellowed House (dancing girl press, 2014). Her poetry has appeared in publications including: Border Crossing, the museum of americana, and The Midwest Quarterly. She has been nominated twice for a Pushcart Prize
Gary Nolan is a visual artist, photographer and programmer.  He currently works in support of the U.S. space program. You can view more of his work on flickr.
​