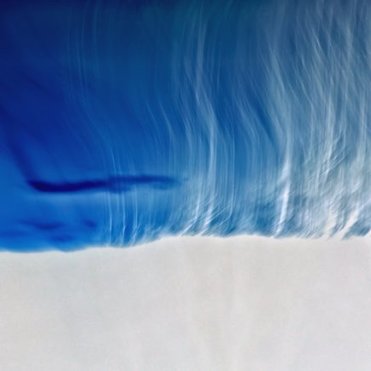 "The Kingdom of Maccer" by John Hardesty
I. Void

My father is not a swan. His bones are not hollow inside his flesh. The spaces between the phalanges of his feet are not spanned by delicate black webbing.

My father has never once trumpeted.

My father has no air sacs on his lungs. The doctors would have seen these when they cut through his not-hollow breastbone to expose and unblock his heart. The idea is, use an open artery to make a new pathway. The conclusion is, close the original wound.

Florida is far from the saltless amniotic waves of Lake Superior, far from the sulfur and stench and seduction of this river that flows through our bodies toward the sea, toward the Gulf of Mexico, where my father lives, recklessly, without air sacs.

Air sacs and hollow bones are like life preservers.  They keep swans afloat. I have never seen my father float. Partly this is because he does not care for water. Partly it is because I have so rarely seen my father, who, unlike a swan, did not mate for life.

The Mississippi gurgles up from a clumsy knob and kettle landscape. Knobs are hills filled with coarse gravel and boulders dropped like loose change by the glacier’s edge. Kettles are scars filled in by melt water to make lakes and ponds and bogs.

At the headwaters, I was seventeen when Darius fucked me in a damp tent. I watched from above, recalling my stepfather’s coarse hands. I bled, but it didn’t hurt. It hurt, but it wasn’t Darius’s fault. It was his fault, but he was scarred. And I was scarred. And melt water runs downhill.  We could have had the baby, but we didn’t. Darius stole stuff and sold it. Cars, drugs, guns, and something else, like that small thing inside him that was naked and open-beaked. Darius went to prison.

The headwaters are best crossed holding a child’s hand. Sometimes this threshold is no more than a rivulet you can skip over. The dust on your feet stays dry. Other times the only way is to crawl in and lie down. Let the water rush over your supine body. Let the river run into your open mouth. Maybe you pull yourself out.

I got married. I had babies. I brought them, wild and uncombed, to the source, where they scratched notes in careful cursive: This is the message. We are at the top of the river. Who are you? Please put us back in the water. We are floating to the sea. Carefully, they burnt the edges of these scrolls, match after match. Then they launched them in glass bottles toward the Gulf, where the fresh water spills into the brine.

This river shapes my words, wears them down, spits them up onto the bank in piles of gravel and heaps of heavy round stones.

I never learned how to sing alone without looking over my shoulder. Not even in the shower. If you sing with me, though, I will find you. I will layer my voice on top of yours, inside of yours, like wax pooling in a candle, contained and alive in that column of light.

When babies cry, we sing. Our voices pull anguish into melody, float fear and sadness between layers of sound.

When the page before us is empty and untamed, we take it into our mouths. We chew it, fibrous and thick, until we can finally swallow it down.

My mom was eighteen and smoking True Blues when the house exploded. She was with my dad at a party, their newborn across town, maybe asleep. Gas line busted under the floorboards. Three girlfriends on the couch, two dead, my mom tossed from where she sat between them, a dozen feet into the yard, shoulder ripped from socket, ear dangling from scalp. The brain is an extremely fragile organ. It is made up of delicate soft tissue that floats in the skull. Severity and permanence of injury depend on degree or extent of damage. We thought she had died, my aunt says. Too many people jumping up and down, my mom says. Someone flicked a cigarette, my dad says.

I was twenty-two when my first baby arrived, silent and awake. It was a cold August, and she was a perfect slippery thing, puckered and featherless, yet bigger than me, bigger than all of us. Limitless. Somehow the walls did not buckle and fall, the floor and ceiling did not blow out, though she expanded everywhere, like sea, like sky. I will never forget how it felt to hold her, salty and oceanic, my firstborn daughter, who breathed under water, and who would teach me, finally, how to dive.

As embryos, regeneration is our default state. We lose our knack for it, though, except for stray parts: arteries, skin, lungs, isolated regions of the brain. Only the liver and severed bits of fingertips can grow all the way back.

Even this could be a love story.

Burns are slow to heal, and can occur with or without flame. “Help,” I said to my husband, ten years into the blackening woods. “I can’t breathe.” A wildfire is a large, destructive blaze that spreads quickly over woodland or brush, as with divorce. “Not everyone needs to breathe,” my husband said. Carefully, I struck a match. “Adulteress,” my husband said. He summoned the God of Wind. Our children froze, the light reflected in their eyes. “Hide!” I said. “Watch it burn,” he said. In the event your hair or clothes catch fire, you must drop to the ground, cover your face, and roll to smother the flames. “It hurts,” I said. Smoldering is a slow, low-temperature form of combustion, as with an aftermath.

Still I love the smell of wood smoke and tobacco. I dream of the cigarettes I smoked in high school, butts tossed into the parking lot, into the river, out of the window of Eva’s Ford Pinto, careening down Snelling Avenue, crazy with sun and Madonna’s promise of a first touch. Later, hunched over a smoldering coffee can in the basement during the winter of the divorce.

A trillion cigarette butts end up as litter every year. How many were mine? How many still are?

My son is a certified wildfire fighter. “Most wildfires are arson,” he tells me on a scorching July night, sharp hook of a moon dangling above. “Sometimes it’s firefighters who do it,” he says, “so they can earn money when fire season is slow.” Fire starting is a felony. But workers need work. The air is hot and wet, alive with the smell of the river and the rising smoke of my son’s Marlboro.

The Arabic language has a word for love, Ya’aburnee. It means: you bury me.

This is Brighton Beach on Lake Superior. Today is his first time here, the man I will someday marry on this exact stretch of shattered volcanic rock, our kids lined up in a half circle. The air will be bright and filled with bees. Now, though, rain sheets sideways, like needles. Marathoners limp onto the beach, radiant and broken.

At the water’s edge, we stand and stare into the mist. Mist forms when warm air meets low temperatures, as with breath exhaled into the cold.

Mist creates a visible beam of light, refracting and reflecting from suspended droplets. When you see me, I exist. When you see all of me, all of me exists.

“I am not your father,” he says years later, on a bad day.

“But you are,” I say. “My father, my stepfather, my son. You are every man I have ever known. There is no other way.”

I have no taste for piles of small talk. I believe this man when he says he will outlive me so I can die in his arms. This is a message. Fire is not the only lick that scars.  I want to burrow under the skin of this world and feel its bready heat. I am at the top of the river. I want to press my crooked backbone against the rocks. Who are you?  I want your wingless body, your solid bones. The rest is feathers and ash. Please put me back in the water.  I want the imperfect circle of our open mouths, melting like wax through the only artery.

We are, all of us, floating to the sea.
Jeannine Ouellette has worked as a writer and editor for regional and national magazines. She is the author of the picture book Mama Moon and other nonfiction titles, and her essays have appeared in the anthologies Feminist Parenting and Women's Lives: Multicultural Perspectives. Her narrative nonfiction has been widely published and she has received awards from the Society of Professional Journalists and the Medill School of Journalism. Her short story, "Tumbleweeds," was selected by Joyce Carol Oates as the honorable mention in the 2015 Curt Johnson Prose Awards in fiction and is forthcoming in december magazine. Jeannine is founder and director of Elephant Rock, a program for creative writing based in Minneapolis, Minnesota, where she currently lives near the banks of the Mississippi River (along which she once walked three hundred looping miles during the course of an unusually hot July). She is working on her first novel.

Susan Sophocleus is a faculty member of MacPhail Center for Music in Minneapolis, Minnesota where she teaches and performs. She is primarily a pianist who dabbles in the violin. She plays the violin in this piece because it sounds more like the human voice.
John Hardesty is a 35 year professional driver, amateur photographer, wheeler dealer and part time petunia grower. He's been married to Audra for 14 years and lives in Rapid City, South Dakota. He also makes a pretty good sandwich.