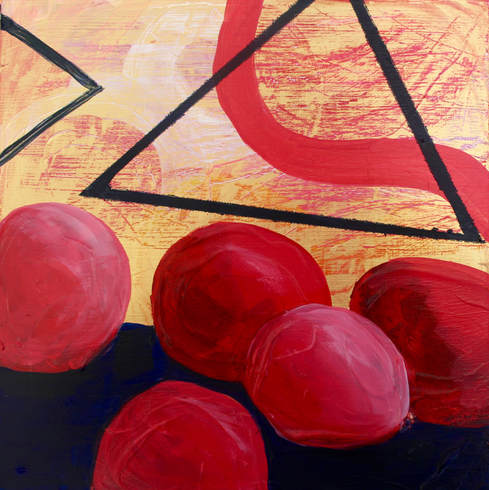 All Animals are Trans by Kai River Blevins

and we both just sat there like
yes, i too have a body

one time the vet apologized
for misgendering my dog

of such hazardous worlds
as human mouths

by turning empty zoos into museums
where every plaque reads

& used to remind others of the dangers of our wild
once we thought ourselves civilized.
Kai River Blevins is a genderqueer/femme poet, writer, and cultural worker living in Oregon. Xe loves being queer, (coloring) books, flowers, punk, public displays of emotion, and social theory. Xe has work published and forthcoming at Nashville Review, Duende, Voicemail Poems, pnk prl, and My Kid Is Gay. Say hello to xem on Instagram: @kairiverblevins.
Perrin Clore Duncan, from Oklahoma, graduated from DePauw University in May 2017 with a B.A. in Economics and Studio Art. Her work has been shown and published in Ireland, the United States, and worldwide through online publications. Perrin currently pursues her M.F.A. at the Burren College of Art in Ireland.
​Visit her on instagram at @perrincloreduncan.art or at her WEBSITE.