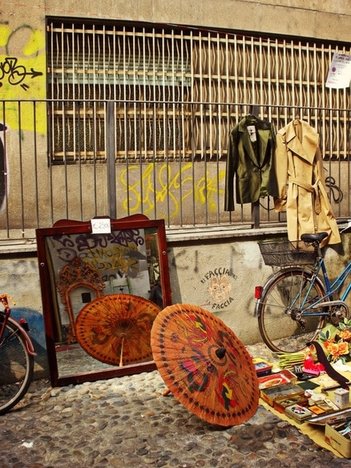 The airport tasted my tears, their
exotic green homebrew savoured
until I kicked out, cut its mouth
with quick-clacking boots.

I was retched from the midnight terminal,
a dozen shop-front eyes shut against
a dark March, free of stars and snow.

Now the stale night inside the jet predicts
the present: I see him waiting at the end
of the line. Scrying in a plastic cup of California white

as we cruise seven miles above a stretch
of lapis-grey, I leave behind the twinkle
of a city holding on to people who talk like me,
who are less like home than where I’m headed.
Kate Garrett writes poetry and fiction (sometimes simultaneously). She also edits the poetry webzine three drops from a cauldron, and the Pankhearst Slim Volume anthologies. Her work appears here and there, online and in print. In real life she lives in Sheffield, UK, and on the web she lives here: www.kategarrettwrites.co.uk
Olivier Schopfer lives in Geneva, Switzerland. He likes to capture the moment in haiku and photography. His work has appeared in The Red Moon Anthology of English-Language Haiku 2014 as well as in numerous online and print journals. He also writes articles in French about etymology and everyday expressions: http://olivierschopferracontelesmots.blog.24heures.ch/