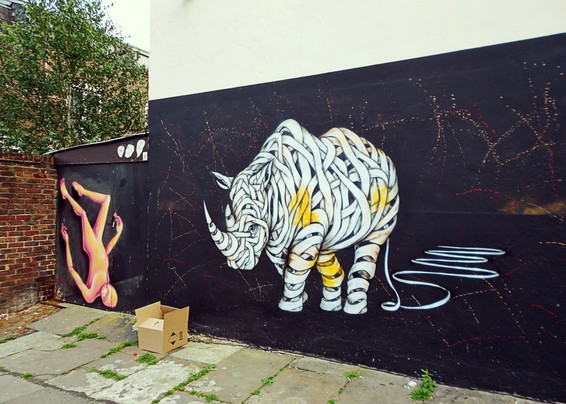 ​The Girl of Wall Street by Katie Hibner

​All the bestsellers have “girls”--
it’s so sexy
when they get tatted and frame their hubbies and run off on trains.

I’m a girl
and Wall Street occupies me:
I alternate between sister/daughter/mistress skins
for the big boys.

Who wouldn’t want to read my tell-all
about what the financiers do behind their ricochet clouds:

combing spitballed bonds through their sulci scraping their marrow back into their orifices dodging the selfie sticks erected by Central Park raccoons eating taco salads on Cinco de Mayo with tallow sporks purring to their pet Grendels.

Who wouldn’t want to read about how I cream their bullets
in my maid nylons.

Who wouldn’t want to read about how,
when they play ball with the American narrative,
I’m always catcher.

​Katie Hibner is a confetti canon from Cincinnati, Ohio. Her poetry has appeared in Bone Bouquet, inter|rupture, Modern Poetry Quarterly Review, Powder Keg, Vinyl, and Word for/Word. Katie reads for Sixth Finch and dedicates all of her poetry to her mother, Laurie.
​Olivier Schopfer lives in Geneva, Switzerland. He likes to capture the moment in haiku and photography. His work has appeared in The Red Moon Anthology of English-Language Haiku 2014 as well as in numerous online and print journals. He also writes articles in French about etymology and everyday expressions: http://olivierschopferracontelesmots.blog.24heures.ch/