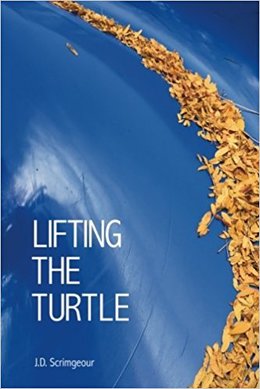 than cemeteries, I which case there’s no such thing
as a cemetery poem, just poems about poetry . . . . (11)

Scrimgeour’s latest collection, Lifting the Turtle, examines time, death, and memory through a jeweler’s loupe, constantly attempting to revise and perfect. The poems are conversations and reponses to the loveliness and pain inherent in life, whether this life is the speaker’s, other poets’, or the voices of the wounded and marginalized. Scrimgeour’s poems sift through “What gets left behind/in every interaction.”

The poems confront time—not only with its universal and inevitable result—but how we interpret time: how we remember and re-invent. In the brilliant and funny, “My Father’s Rages (With Comment By My Mother),” the voice of the mother dominates the poem:

I don’t care, you’re a writer,
you can say what you want,
but you got a lot of things wrong.

Fine-tuning memory is a constant throughout Lifting the Turtle. Scrimgeour pays homage to the masters, all the while amending his own responses to their legacies. In “Hardy’s Heart,” Scrimgeour writes about the cleaned-up version of Hardy, “That’s not quite true, a story I misheard.” The poem, “Me and Kenneth,” which recounts the poetry of Kenneth Koch via a podcast by Dean Young, Scrimgeour holds a mirror up to a mirror in a study of poets’ influences on other poets, of his own legacy—if any. Again, Scrimgeour, in the style of Elizabeth Bishop, speaks to us, the readers, via direct address within parentheses, when he adjusts his own re-telling, “. . . .And I made it to Nicole’s door/(I changed her name). . . .”

The revision process is rendered poignantly in Scrimgeour’s personae and saga poems which make up Sections II and IV. “Territory” is written in the voice of a young, disenfranchised gay man who encounters the words “Fags Die” scraped into a bathroom wall. He revises the ugliness, controls it by making it absurd:

I took out my apartment key and scratched
a “t” after “Die”—“Fags Diet.” I don’t know

what I meant by it, but it felt good
cutting through the pain and metal.

The poem “Cirinna,” uses graffiti and doodles as the medium for revising a life of violence and sexual abuse:

and that night I took my sketchbook
into the bathroom, & rubbed the eraser

into the swastika, but I couldn’t make it
disappear completely, so I drew

a lily on it, a dying lily.

Scrimgeour’s long poem, “The Baby,” which makes up all of Section IV, recounts the story of Ianthe’s journey from Greece to the United States. As I read this saga in verse, I was reminded of the earlier poems in the book about the loveliness of the speaker’s parents’ marriage and of his own. These relationships stood in stark opposition to the violence Ianthe endured, as well as the voices in Section II. “We fight,” Ianthe says, revising the abuse, the exile, and the shame in her journey. Again, this story is an interpretation, “Something/less than memory remains.” The narrator, Ianthe’s grandson, Stefanos, experiences the death of his own language (Greek) in America.

As I read Lifting the Turtle, I was reminded of a poem by Marie Howe. In “Buddy,” Howe also reflects upon death and memory. She writes, “how we can talk about something when it’s not/even there, without it actually happening—.” Throughout the collection, this search is rendered so human. “I want my words to be like wine . . .” Scrimgeour writes, “not your friend, exactly, but what passes/between friends.” Lifting the Turtle becomes a divine recreation, a lesson in remembering. In his title poem, Scrimgeour writes of find and lifting a big old turtle with this son:

as if the wonder of flight,
the fact

of its out futility in the acts of the gods, had made its life
more full, more divine.


“I know it was Time itself,” Scrimgeour writes in “Monarch,” watching this regal butterfly fool him into thinking it had died, and then transforming from stillness “to sailing and clutching over/the Canal Street traffic.” For all the faultiness of memory, all the scarring in life, the language in Lifting the Turtle is honest, and the attempt to remember, so true, so lovely. 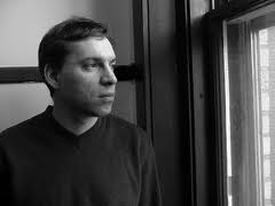 ​J. D. Scrimgeour lives in Salem, Massachusetts.  He has published three books of poetry, including "Lifting the Turtle" (Turning Point, 2017). He has also published two books of nonfiction: the basketball memoir "Spin Moves," and "Themes for English B: A Professor's Education In & Out of Class," which won the Association of Writers & Writing Programs (AWP) Award for nonfiction. His poetry, fiction, creative nonfiction, and articles have appeared in Poetry, Ploughshares, Colorado Review, Boston Globe Magazine, Chronicle of Higher Education, Creative Nonfiction, and elsewhere. He released a CD of poetry and music with musician Philip Swanson, titled "Ogunquit & Other Works" (MSR Classics, 2010), and composed a musical, "Only Human," which premiered in 2014. He has won awards from the National Society of Arts & Letters, and the Academy of American Poets.