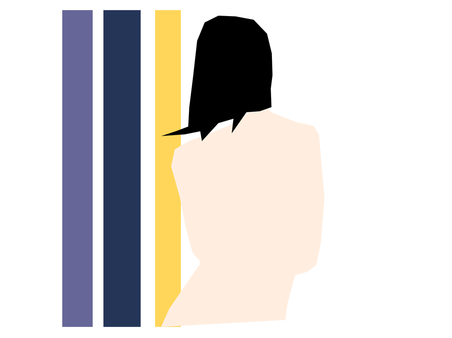 Dylan McKay labeled himself mad, bad, and dangerous to know. An alcoholic. A gunslinger. Allusions to a history with drugs.

Compare him to Pacey Witter, ne’er-do-well class clown. Our first visions of him, he’s balancing a textbook on his head on the first day of school. He’s playing a sea monster for his buddy’s amateur film, but really just trying to cop a feel on Joey Potter.

And yet, each young man defies categorization. See McKay for the first time, talking tough while he hangs out with the computer geeks, while he wears overalls with one strap undone. He never throws a punch.

But Pacey? Pacey starts a brawl when the teacher he’s crushing on dates another man. And what’s more, when he talks tough--I’m the best sex you’re never gonna have—Ms. Jacobs kisses him.

They were on opposite trajectories. McKay pulled into the loving arms of the Walsh family to smooth his rough edges. Witter finding no solace in family, but losing his virginity to his English teacher, en route to girls his own age (even Joey!) and outgrowing his mop top.

Perhaps they each ached to be Jordan Catalano—the teen idol who split the difference between McKay and Witter, in timing, in affect. Catalano was Nirvana to McKay’s Bad English, to Witter’s Creed. An act with staying power, despite not sticking around for long.  The right kind of cool—his guitar and his beat-up red car; the right vulnerability of not quite knowing how to read. As Angela Chase captured it, the ineffable quality of the perfectly disaffected lean against a row of lockers.
MICHAEL CHIN was born and raised in Utica, New York and writes and teaches in Corvallis, Oregon. He won the 2014 Jim Knudsen Editor’s Prize for fiction from the University of New Orleans and has previously published work in over twenty journals including Bayou Magazine, The Rappahannock Review, and The Pacific Review. Find him online at miketchin.com and on Twitter @miketchin.
TOM HARDING lives in Northampton UK where, when not working, he writes poetry and draws. Tom has been published in various places including Parameter Magazine, Identity Theory, Unlikely Stories and Nthposition. He also maintains a website of his own work at tomarianne.net.