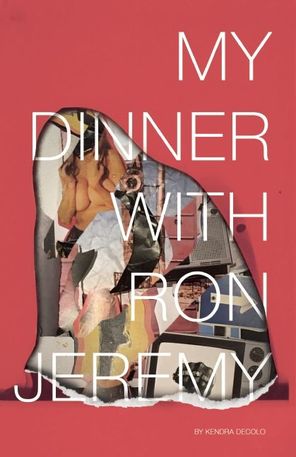 The tone is set early with poems depicting girls stripped of their innocence like “They Said I’d Never Be a Dancer” and “Christian Camp for Troubled Girls”. In “Dancer”, a girl is molested as a bar waitress: “…I didn’t/even break a sweat but once/ got sentimental watching a girl/ in braces get felt up for the first time,/ imagining the ride home in her father’s/minivan..” Sex is a subject breached prematurely for girls in this collection. Notwithstanding, some adjust to the crash course remarkably well as in “Troubled Girls”: “I like to get felt up by the blonde/ banker’s daughter who wore overalls”.

Teenage girls, unfortunately, are not even safe at the pharmacy in the poem “When You’re 15 and the Hospital Pharmacist Hit on You While Filling Your Prescription for Plan B”. The speaker urges the teenage girl, “…Do not look/at the small gint of blood, remembering/ the first time a man pulled your tampon out with his teeth,/or the English teacher or the friend’s father.” To be a young girl, according to DeColo’s poetry, is to be the continual object of the male ego and depravity.

These young girls mature recklessly as in "Getting Dressed" where a young girl arrives in English class "smelling like leftover/ vodka & watermelon”. The girls in previous poems have become introduced to a lifestyle that the girl in “Getting Dressed” has now become submerged in, needing desperately a dress as “one small pleasure to break/ back into your life”.

The progression continues as girls become women and learn to control men. In “To My First”, a woman recalls, “…I played you with neon/ in my blood, phosphor/ dousing your neck,// a junky’s stammer/ and scarlet twitch,/ formaldehyde tongue// and red Mohawk/ of the boy whose girl/ I stole…” In “Ukulele”, the woman basks in her abilities to control men. “…Sometimes I play you just to hear// the silences, indigo oozing/ out of each fret like an infusion…” These women may even invite the girls in previous poems to accept moments of discomfort from men that will eventually lead to their own power over men.

Once they discover what men desire, they can wield their bodies with extraordinary power over the gender who ripped them from the world we all want to believe exists where sex is a myth on TV and computer screens, where it is both brutal and beautiful, where it can change destiny and fate with the calculated positioning and progression from innocence to acceptance like the strategic decision of the first woman Eve.

DeColo also fancies the backdrop of celestial beings to initiate women into new world orders of sex. In the poem “Listening to Coltrane’s ‘In a Sentimental Mood’”, the speaker is taken to the heavens. “Needle pricks of moonlight raked along a street’s collapsed vein…Need for one yellow leaf that keeps spilling out of me/ Cervix gilded as Grand Central’s map of stars.” DeColo presents sexuality as becoming one with the cosmos like in “Church of OCD”: “How many people have// masturbated on carnival rdies/ watching a radio tower sparkle// in the distance, hands fluorescing/ with secretions like the tiniest, lucky star.” In “Dirty Talk”, celestial lights symbolize the essence or destination of pleasure:

“Say my name like the last bright syllable/ of olive in a martini glass, your tongue an eel deranged with moonlight…fingers pulsing with light every time we play Pull-Out Roulette// or the latex doesn’t break, a choreography/ of blackout and bioluminescence plagiarized// from an oyster’s bristled sheen…”

The more intense the pleasure, the more images of natural and celestial light pervade the text.

Furthermore, the cycle is complete in DeColo’s poem “We Are All Made of Stars” where the celestial lights revert back to the bodies that entered them for pleasure’s sake. The stars are characterized as “backwash and fizzle,/ all this sucked-up helium and dirty talk…” Then, the savior Ron Jeremy enters as a “relic” of a past porn era. “Ron Jeremy,/ you don’t even have a cell phone.” Nonetheless, it is this relic that boomerangs the longing for more pleasure back to the stars. DeColo truly illustrates the key of loneliness that keeps men and women coming back to Ron Jeremy’s industry for relief; “…when we close the door”, we are alone with no one but our own bodies and naked actors performing titillated sexual acts on screen to entertain and sustain our voyage back to the stars: “we remember how vast// our own desires, how beautiful/ to make love in another dimension// where we know we’re not alone/ where our holes are filled with stars”.

Kendra DeColo leads readers into a public journey into private parts, into spaces we wish never to return, and into examination of places inside and outside of us we cannot master if we navigate them alone. 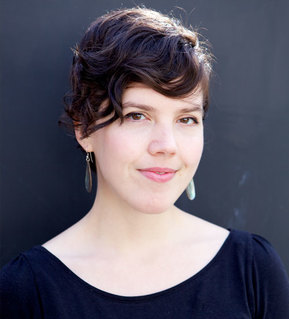 Kendra DeColo’s first collection Thieves in the Afterlife (Saturnalia Books, 2014) was selected by Yusef Komunyakaa for the 2013 Saturnalia Books Poetry Prize and named “Favorite Nashville Poetry Book of 2014” by the Nashville Scene. Her poems have appeared in Indiana Review, Copper Nickel, Verse Daily, and elsewhere. She has received awards and fellowships from the MacDowell Colony, the Bread Loaf Writers Conference, the Millay Colony, and the Tennessee Arts Commission. She is book editor at Muzzle Magazine and guest teaches poetry at Sarah Lawrence College. She lives in Nashville, Tennessee.