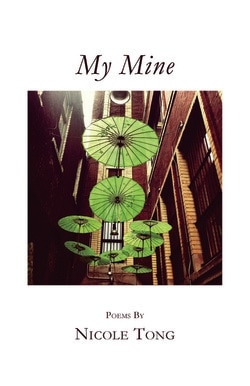 My Mine by Nicole Tong


“The poet does not wait for the hero or the sage” - Ralph Waldo Emerson, Essays, 2nd series.

“Daily I chose/To practice it/Or leave it behind” - Nicole Tong, My Mine.

Among the transcendentalists' core beliefs is a faith that we are at our best when truly self-reliant and independent. This is a reliance on not just physical experience, but deriving from the inner spiritual or mental essence of the human. In Nicole Tong’s interview withLes Femmes Folles (Oct, 31, 2014) she shares that transcendental writings were an initial love— the inspiration that drew her into the arts and provided a creative home for her scientific mind. We can see those roots within the poems of her recent chapbook My Mine, as here in “January’s Hush”--

Today, a steep walk, my face battered
By wind and snow. The bivouac of birds undone,

Replaced by milkweed’s collapsed casket.
The moment before this landscape’s erasure

Will be a prophetic sigh.

In the truest sense, to transcend requires movement and this is a collection deeply concerned with movement, particularly flight. “My skirt bursts into cloud./Some birds fly away and take with them/The land’s color” opens the collection in the poem “Still Life.” Though not all the flights within My Mine are upward, noble, or lofting; “My city is a hotbed of newly fallen crows/Whose musculatures magnet to sidewalks.” Some lyrics, as in the poem “Pentimento,” remind us of falling, failing surfaces, and underlying layers.

More than half of the poems in this collection include such flight and bird imagery. Expressing both their fierce or wistful experiences, the poet creates a series of lyrics almost as a mystical spiritualism of birds. Or perhaps a spiritualism of flight. Or a space where the spirits of man and nature meet. As in this “Ars Poetic” moment, “I might follow the line/Of the river/That also knows/My name.”

The passages are restless and quick moving, “I prefer moving out of,/around. Anything but/staring the thing down directly.” Tong says she often composes her work as she runs (training for long-distant competitions) and this gives a short-lined breathiness to her poetry. A leisurely reader may need to run these lines twice to catch up with Tong’s agile mind, but it is worth the effort. This poet is startling in observational detail. Her poems are alive with what we can see, hear, taste, touch or feel, and somehow still transcend the proof of the physical world into the spiritual universe. “This is not the work of weather./This is a color you can’t see through.”

In this collection of moving landscapes, there is also the stillness where movement is just anticipated, waiting for some sort of flight. “We repacked bags with the seasons. Kept them/Buried at the bottom of our closets.” Tong writes in “Sister” one of several poems where people are poised or packed for exodus. So it is natural that poet becomes harbinger, forerunner, watchtower. Like the crows that appear in a hand’s worth of poems, “The crow’s-nest empty at the top of a tree is not strange to me.” These crows are often the spent, the displaced, the left-sacrificed for the ones who get away. Tong’s use of crows is earthy, moody, and full of the dire predictions.

This sort of intelligence comes through intuition and imagination not through logic or the senses. It resides in this divided reality between a realm of spirit and a realm of matter. Such as in the Pushcart nominated poem “Enough Theory” where Tong weds the divined (enough) and the dissected (theory). Juxtaposing the abstract ideas of “enough” with the implied quantifiable “theory.” Similarly, the poems “Grief Theory,” “No Theory,” “Inaccurate Theory,” and “Intimacy Theory” all play with this combination of the immeasurable and the scientific. These poems explore the dichotomy of spirit and matter in a way that moves beyond their simply intriguing titles.

With Tong’s “Intimacy Theory” she ends the collection in stillness in opposition to its opening in flight, “You are everything/If not each moment before. O/Transitivity, O verb waiting to be.” This juxtaposition provides a full-circle for a collection that is carefully crafted and well planned. Yet, even in this stillness, there is a sense of promise. To end on a promise is always a good thing, and I can’t wait for the poet’s next collection.
​ 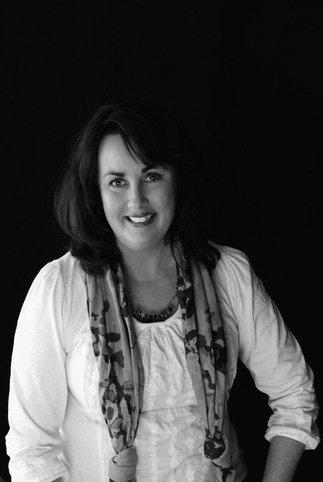 Catherine Moore’s work has appeared in Grey Sparrow, Tahoma Literary Review, Southeast Review, Pankhearst, and Silver Birch Press. She is the winner of the Southeast Review’s 2014 Gearhart Poetry Prize and her work was selected for the upcoming 2015 Best Small Fictions anthology. Catherine earned a Master of Fine Arts from the University of Tampa. Her chapbook Story is available with Finishing Line Press. She lives in the Nashville area where she enjoys a thriving arts and writing community. She is tweetable @CatPoetic.
​