For a long time, I've been caught between two people.

There's the external self, the person who puts on the face that people prefer to see, that people need to see. I smile when appropriate. I say what is necessary. I feign any number of things: apathy, pity, adulation, pathos. It is done with purpose. The mask is a pleasant facade that cloaks survival instinct with pleasantries and deference.

The second self, the internal self, is the self that hides behind the veil, that uses the toughened hide of the external girl as a smokescreen. Through the facade, she observes. She analyzes. She remembers. The secret girl is dark, always wary, never without her guard.

What I pull from the water is the dual nature of these selves, to contrast the beautiful and surreal with the violent and grotesque. Sometimes the contrast is subtle, otherworldly beauties that seem somehow unsettling, dark and predatory despite their doe eyes. Other times, the contrast is extreme, inflicting physical trauma on my figures to illustrate the emotional and mental anguish they have endured. But always, through use of brilliant colour and twisting bodies, the freedom and frenzied motion of watercolor draped over my exacting attention to detail, they are paintings of two people held captive in a single figure. 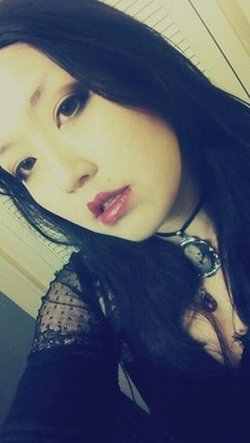 NEN is a concept artist, illustrator, and low brow artist who occasionally dabbles in comics. Specializing in integrating violence, gore, and horror with the beautiful and the surreal, NEN pulls an unspoken vision of the human condition from the fluidity of water, the subtlety of second glances, and her ability to pair painstaking attention to detail with the freedom of frenzied motion. Currently, NEN works as a character/costume designer​, cover artist,​ and promotional illustrator​.​ She has painted for titles such as Legend of the Five Rings and Shinobi Clans and clients such as Marvel, DC, Dynamite, and many others. ​ Her characters are uniquely charismatic and her figures twist and twine in rare and unseemly ways. NEN may be a painter and a designer, but her talent lies in making characters breathe. Check out her WEBSITE and her FACEBOOK PAGE.