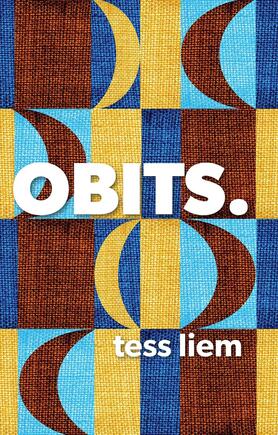 “Does a body rise or fall into a statistic?”
—from “Call it”

“How do you unearth / what was never buried?”
—from “Thian Hoei from Temanggung”

In 1722, Daniel Defoe published A Journal of the Plague Year, a novel which reimagined 1665 London during its last bubonic plague visitation. Assuming the persona of H.F. inspired by his uncle, Defoe grapples with the tension between the subjective experience of a London citizen and the larger social forces during crisis. Very early on, readers encounter reprints of the “bills of mortality,” which track deaths in each parish. These numbers of unnamed dead signal the coming of the plague but also the inconsistency of official narratives and the limits of data as representative of a particular event. When the “bills of mortality” are later revealed to have been adulterated to avoid widespread panic and to protect officials from accusations of neglect, the very facticity of the number comes into ethical question. To put this in Tess Liem’s words, “Each day a new sum. / What does that do / is the same as asking / What doesn’t that do” (13). What can the acts of counting and naming do in the face of loss, possibly traumatic or violent? Is it merely futile or necessary correctives in the pursuit of accountability?

Liem’s Obits grapples with the vicissitudes of mourning, particularly when the mourned object is unnamed, unknown, or uncertain. “I may appear melancholic / When the object of my mourning is       missing / When no obit.       is printed / When a body an addend to a sum       a number on a screen / When no one agrees on the numbers,” Liem confesses (18). The obituary, a piece of public news marking the death of an individual, is a particularly vexed figure throughout this collection named after it. Often reserved for only significant members of a community, the obituary occupies a murky in-between of fact and fiction—both denoting the real event of an individual’s death but also framing that individual and their life through narrative. As Liem questions, what happens when no obituary is printed or the individual cannot be identified for an obituary to be written at all? Can there be obituaries for the anonymous, unidentified number added to a death count? The obituary becomes political precisely because it reveals how “some lives count & others are counted”—the cruel effect of a deliberate “uneven distribution of corporeal vulnerability” often sanctioned by and enacted by the state (18). The speaker, also a recipient of such violence, struggles with how to mourn another made kin by shared struggle. Obits is thus an extended “longing” for a “right” way to mourn, a “lengthening” or dilation of affects that link her to these figures, both real and fictional, with which she identifies (22).

In 4 sections, Liem works through the fraught process of poetic witnessing. In self-conscious pieces like “Aesthetic Distance,” she meditates on what it means to “write a lyric of witness” that sometimes collapses into a “Lyric of self-hate,” which might “help me dissolve my complicity” (24). The rendering of loss into lyric, Liem laments, feels like complicity perhaps in the aestheticizing of trauma, particularly of the unnamed victims of mass violence. Do these lines remember or merely produce more fictions that get further away from a truth already elusive? In a sequence of poems with titles sous rature—each subsequent poem titled with a new word with previous titles above it crossed out but still legible beneath—Liem plays with what obituary can look like in verse, as it is “a non-fiction, is a story / we have to tell ourselves” (31). “Memorial” resembles a Sternian page of ellipses both implying the ongoingness of grief and its opacity, while “Data” features a diagram of grievability v. vulnerability that attempts to visualize the otherwise inaccessible qualities of both of these terms (27,33). Liem’s formal experiments depict the lyrical obituary as a public “unfold[ing] [of] grief,” as well as a fiction for individual and collective mourning (31). Liem also reminds us that sometimes that mourning is interminable (pace Freud), especially when that which is mourned remains unknown and thus never truly grieved for.

Liem confronts the lived experience of being mixed race, and in mourning her aunt, she reencounters the limits of data: “We who try to verify our memories often find facts don’t help” (41). Facticity again seems beside the point: how does someone mourn from afar, at a remove when those facts don’t always tell the full story or even the wrong one? Liem’s desire to elegize is frustrated by “the facts of an obit. / What anyone might know” because that is simultaneously the story of a life and one of many possible stories that could be told (44). For Liem, connecting to her Indonesian identity and its pasts involves having to fill in the gaps of language and the family archive as a set of material objects and ephemeral memories—“too many things I don’t know I mean” (55). This partiality, this incompleteness is also the feeling of mixedness or being “off-white,” as the speaker ventriloquizes in “Exact fraction.” In quotidian interactions with family and with lovers, this “off-whiteness” feels visceral, “a cut through our we” that echoes the displacement and violence felt by the unnamed dead in the first section (42).

Grief layers upon itself in the second and third sections, where Liem’s lyric (anti-)obituaries shift intimate registers from family to gender to queerness. In a particularly striking set of poems all titled “Mother, wife, sister,” Liem “rewrites” the story of a man who killed his wife. Using bracketed quotations from Shoshana Felman in one instance, Liem parses how accounts of the dead woman actually work to marginalize her even within stories purportedly about her experience. By describing her as “a strange unlovely growth attached” to her husband, the obituary seems more “about whether the narrator deserves love” rather than her actual experience (77). The woman is but a cipher whose meaning is only valuable for how it can be used by others: “how she can make anything / about. Anyone // about herself seem like / it’s about everyone for a moment.” Liem again exposes how the obituary (and her elegiac lyric) often serves the living rather than the dead.

The figure that haunted me most in Obits was not the precarious “I” or “you” that so many readers point out nor any of the human figures that the speaker invokes. For me, it was the figure of the train, which appears throughout the collection and ultimately bookends it. The train, or perhaps the commute, functions as a kind of quotidian experience that regularly brings together a disparate set of people who seldom know one another and thus provides a unique space for contemplating the very issues of death and mourning upon which Liem fixates. Our daily rhythms, Liem suggests, are permeated by vulnerabilities and mourning often shared but seldom recognized. There is a certain perversity in that disavowal just as there is a certain perversity in our disconnected anonymity together aboard the train car. This anonymity is also the anonymity of the ungrievable, the ones obituaries are both about and not about.
Tess Liem is a queer writer living in Montreal, Tiotia:ke, the traditional territory of the Mohawk nation. She is the author of the chapbook Tell everybody I say hi (Anstruther 2017) and her writing has appeared in Plenitude, Room Magazine, PRISM, Best Canadian Poetry 2018 and elsewhere. Her essay "Rice Cracker" won the Constance Rooke Creative Nonfiction Prize in 2015