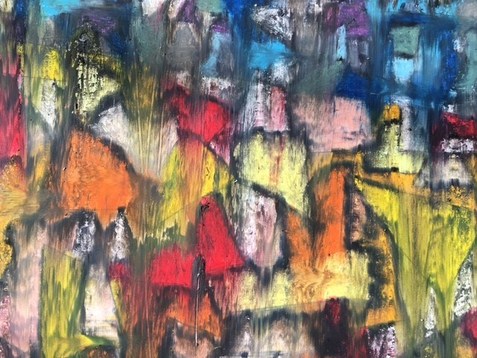 How to Trash Talk by Olatunde Osinaike

​it is best i start   by explaining
the triangle offense      say you run
a fast break with bulls on the wing        you know the type
alimony from clapping souls & mistaken
ovation for ovaries you think you own   then point
guard   vintage toxic & steal tiptoe
from the baseline
you can rock your own cradle now       hear your mother
spin a kindled rhapsody      in attendance
bracing brisk like knees on ice                numb
and you tepid, fuming only from field goal
percentage dropping, you can’t miss         rather you don’t
when you turned on      the rim an aphrodisiac
& since you never fade   or crash   or pivot       say you take charge
like a sixth foul, box out out-of-bounds    pass it down
& franchise the dribble honed
in the bunker scouted underneath your tongue
& play better
imagine the air then    atmospheric glide
polishing the hardwood     all the adamant dimes
traveling     aching a vertical assist
& crossover classics    agape  in transition
etching its hang time.
​Olatunde Osinaike is an Nigerian-American poet, originally from the West Side of Chicago. His work has appeared or is forthcoming in publications such as Yes, Poetry, Dulcet Quarterly, WusGood Magazine, and elsewhere. He graduated from Vanderbilt University and is currently based in Nashville, working on publishing his first chapbook.
​Paul Luikart is an artist and writer living in Chattanooga, Tennessee. In addition to writing and drawing, he directs a shelter for homeless families.