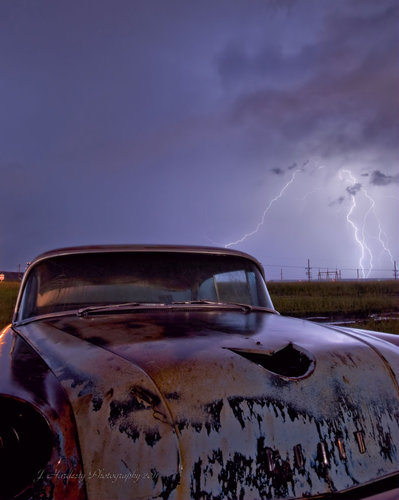 You say the loose
acupuncture of gravel

Our backs starched
to the sidewalk, faces

sideways to the metallic
burn of folding chairs

in the street, each
its own aubade.

You point a finger
down a mountain,

cut it open.
A small tornado

of fireflies clicking
into stars. You draw

your name behind
them, say there is

nothing this world
can’t grow back.

No petal shreds
unable of a paper

necklace. No soil
we can’t rub between

our gums. We take
another slug off

an unlabeled bottle
and spit out fountains.

We hold the cold
murder of each other’s

hands. In this dissolving
dark you say you could die

and mean it. Your mouth
moves to the corners

without words. You
stand up, stare down

Philip Schaefer is the author of two collaborative chapbooks with the poet Jeff Whitney. Smoke Tones is forthcoming from Phantom Limb (2015), and Radio Silence was selected by Black Lawrence Press as the Fall 2014 Black River Competition winner (2016). Individual poems are out or forthcoming in Forklift Ohio, DIAGRAM, Sonora Review, Fourteen Hills, H_NGM_N, alice blue, RHINO, Columbia Poetry Review, Spork, BOAAT, and Whiskey Island among others. He tutors and tends bar at a craft distillery in Missoula, Montana, where he received his MFA from the University of Montana.
​John Hardesty is a 35 year professional driver, amateur photographer, wheeler dealer and part time petunia grower. He's been married to Audra for 14 years and lives in Rapid City, South Dakota. He also makes a pretty good sandwich.