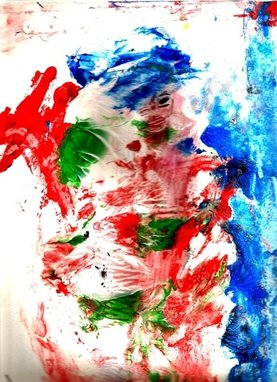 ​I could drink the thunder in
some evenings,  let the roaring
of it all put a rumble in my chest--
holler out, and be heard.

Yet I lack the grace that should be
winding through my veins by way
of my great-grandmother: a woman
who was not once, but twice,
slapped down by strikes of lightning.

She was not held down, though; no,
not this woman who was made of gods,
and held their power on the very tip
of her tongue. She could spit the ugliness
of this world out like a wad of snuff
and carry on, unhindered by any of it.

Not even the sky, with all of its glory
and ill intent combined, could take
a thing from Mrs. Veatrice Guttery,
the woman who swallowed lightning
and walked on, as if it was natural.


Rachel Nix
​Rachel Nix is a native of Northwest Alabama. She likes coffee in the morning and bourbon at night but rarely knows what time it is otherwise. Her work can be most recently found in The Summerset Review, Melancholy Hyperbole, and Bop Dead City. Rachel is the poetry editor at cahoodaloodaling; more of her poetry can be found at: chasingthegrey.com
​Dr. Ernest Williamson III has published poetry and/or visual art in over 500 national and international online and print journals. Many of his works have been published in journals representing over 50 colleges and universities around the world. Dr. Williamson is an Assistant Professor of English at Allen University. Professor Williamson's poetry has been nominated for the Best of the Net Anthology three times.