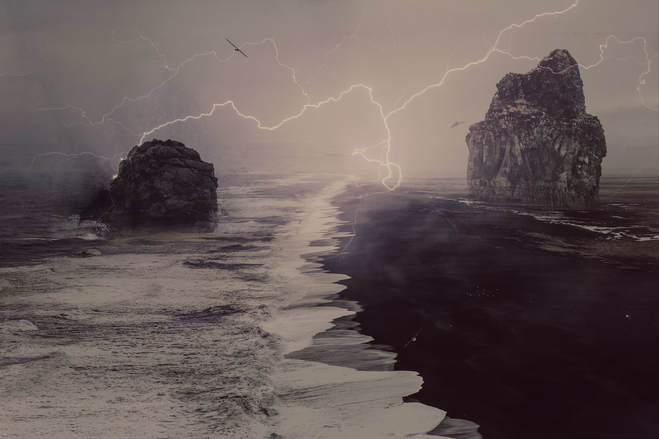 "No One Really Reads Beyond the Headlines" by Rachel Nix

I see it in the newspaper:

That’s not the news.

The news is it’s mostly in black towns.

In those towns, black folks make up 75% of the vote.

That’s a problem but no one knows why.

That’s a lie: we all know why.
It has its own flag: the reason why.

This is Alabama,
& this is what Alabama does:

Last I looked out, it was somewhere around 1962.
Rachel Nix is the Poetry Editor at cahoodaloodaling and edited the international collection America Is Not the World. Her work has appeared in Antiphon, Hobo Camp Review, and Rogue Agent. She resides in Northwest Alabama, where pine trees outnumber people rather nicely, and can be followed at @rachelnix_poet on Twitter.
Anna Martin is a digital/traditional artist, writer and photographer based out of Saint Augustine, Florida. She is an avid explorer and much of her artwork is inspired by her travels and life experiences, and she strives to capture emotions and inspire others with her work. Her work has been previously exhibited in various galleries and museums, such as the Rosenberg Gallery and the Baltimore Museum of Art, and has also been published in various art magazines such as Grub Street and Plenilune Magazine. Anna is a freelance artist, and is always looking for new work and collaborative projects. Anna also frequently works under the pseudonym Vacantia, and more of her art can be found at her online gallery: http://www.vacantia.org.