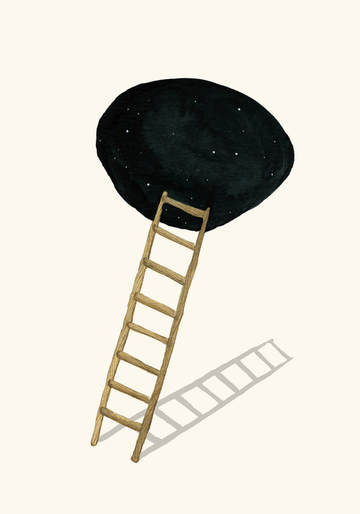 "In" by Eva Dominelli

your windows talked about
the street below, with the pedestrian
choir & the roller skate wheels
over sidewalk blips. you scrolled
on your phone. the breeze
breathed pollen on our heads like
a great big salt shaker.
i said i was going to leave, but i didn't
get up--i just sprawled out more
on your blue couch. you told
me that you had to finish the article
on your phone about how the
four corner national monument is
actually in the wrong place. i sat
up as you searched for the location
on google maps. sure enough the monument
that all the tourists stand on, placing
one hand in each of the states, is actually
a sizable distance away from the actual
borders. outside i tell you
that i like grey cloudy days because
of the way the color green looks, outside
the hyacinths & the cut grass & the cherry
blossoms done flowering all swoon
for us. i want to be poetic & ask if
you think overcast-green is a feeling
more than a color. the four corners
national park has a big bronze & granite
circle where visitors stand to put their
hands in four states at a time (actually
all on New Mexico). i imagine us standing there,
bending over into odd positions to divide
ourselves evenly. sometimes when we don't
talk for a few days i stand there on
the marker & feel two of the states start
to migrate away-- Utah & Colorado
making their escape-- they don't
want to be tied down-- they want some space
they are scared of the commitment. the smell
of fried dough & powdered sugar
kisses all the borders. i told you that it
doesn't surprise me that the monument
is in a different location than the statelines
because borders are all made up anyway--
i wanted to reach over & hold your hand to
question the borders of our bodies-- my left hand
on your chest—a foot on someone else's back--
whose borders are you questioning? whose body
is a monument? you only have four limbs
to divide evenly among geographic bodies.
did you know the Navajo Nation are the ones
who own the four corners monument? i think that's
ironic because after all the land taken from
them they are the ones who watch over these
lines. Clean, straight, lines, slicing bodies into
careful portions-- tourists bending over to
be portions. let's go there sometime, me & you.
i want to go to both-- the monument & the real
lines & see which one i want to trust. lay on
the floor-- i'll paint the lines on your back.
Robin Gow's poetry has recently been published in Synaesthesia, Glass Mountain, Furrow, FIVE:2:ONE, and Corbel Stone Press. He is a graduate student at Adelphi University pursing an MFA in Creative Writing. He runs two poetry blogs and serves as the production editor of the Lantern literary magazine and the poetry intern for Oyster River Pages . He is an out and proud transgender man passionate about LGBT issues.
​Eva Dominelli is a Vancouver artist and freelance Illustrator with a BFA in Illustration from Emily Carr University of Art and Design. Her mysterious gouache and ink illustrations playfully investigate the relationship between the private and the public experience of the everyday. She is currently working on her upcoming artist’s book Between Being & Nothingness.