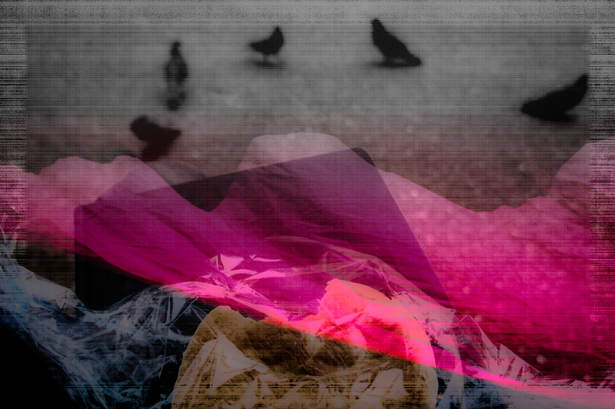 Besides the eyes, I’ve always denied
any similarity to my mother.

But I too worry about birds, a lone egret
standing at lake’s edge,
one leg buckled backwards.

For flight, its wings beat
only two times per second.

I saw one pruning its white feathers
the day my mother died.

If I could, I’d ask her
why have a fifth child
when you were out of love
and had options.

I know I was a mistake.

​In nature, birds do what is necessary--
most nurture the young,
but some won’t feed the weak.
Others push eggs from the nest.
Robin Rosen Chang’s poetry has appeared in Paterson Literary Review, Yemassee, Vinyl, WomenArts Quarterly, and Juked, among others. She has an MFA in Poetry from the Program for Writers at Warren Wilson College. A resident of New Jersey, Robin has lived in many parts of the U.S. as well as overseas.
​Tricia Louvar lives in the Pacific Northwest and studied journalism, poetry, aesthetics, and documentary photography in college and beyond. She works in publishing as a visual artist and writer. Her work has appeared in the New York Times, Los Angeles Times, Brevity, Orion Online, Zyzzyva, and more.  tricialouvar.com