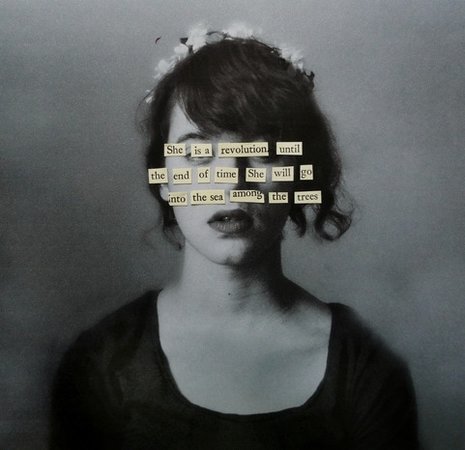 I used scissors to behead them, then the dull
back of a puuka blade to flake the floor
with what, in death, were shiniest. My bullshit
childhood chore: to find and tug the slimy cord
of life—spleen, air bladder, and from the perch’s
throat, the heart’s soft nugget. I was raised
by women who could gut any fish, who
told me males were quick. But females, bellies
blister-pale, would spill complications.
My mother combed roe from my hair
and said, flood. I feel a flood coming.

In the aquarium’s ocean corridor,
I hugged a notebook to my chest. Jason
Holmson backed me toward the corner,
describing cuttlefish. I wanted him
like hell, and let him tell me what I knew already:
that to mate, cuttles went red; in frigid alcoves,
black. That their venom could steal anybody’s breath.
But his eyes like casting spoons, thumb that probed
the dimple of my back and tugged me up:
The flush of air, exposure, so I ran. That night,
I turned and turned, heart a hook in my throat.
Saara Myrene Raappana lives in Minnesota. She is the author of the chapbook Milk Tooth, Levee, Fever (Dancing Girl Press, fall of 2015). Her poems have appeared in such publications as 32 Poems, Blackbird, Harvard Review Online, Subtropics, The Gettysburg Review, and Verse Daily. She edits Cellpoems, a poetry journal distributed via text message.
Meggie Royer is a writer and photographer living in Minnesota who is currently majoring in Psychology at Macalester College. Her poems have previously appeared in Words Dance Magazine, Winter Tangerine Review, Electric Cereal, and more. In March 2013 she won a National Gold Medal for her poetry collection and a National Silver Medal for her writing portfolio in the 2013 National Scholastic Art & Writing Awards. Her work can be found at writingsforwinter.tumblr.com.