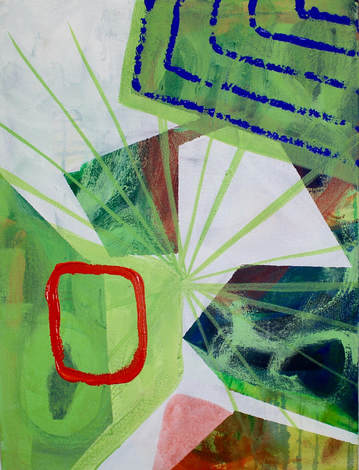 When the Speech Therapist Told Me to Say the Letter "S," I Opened My Mouth

and daffodils & azaleas & watercress & fireflies
sprung from my lips. The speech therapist
stared: you can’t even pronounce the letter that begins
your own name. I tried again. Nothing,
nothing, & lilacs, clover, the moistest dirt.
Imagine my surprise when swallows, sparrows,
& weeping willows curved up from behind my molars.
Why are you so distracted by the simplest task?
How sweet the onion grass, daffodils,
& burdock root behind my teeth. Just focus
on the task at hand. Read the letters on the page.
I’ve always fumbled over the most basic tasks.
S, right after R, as in rose. As in this thorn
wedged between my teeth. Beauty’s
sharpest edge. Again and again, my tongue
rubbed up against it until it bled.
Just say something, she urged.
I muttered: it hurts.
Stories
Shannon K. Winston's work has appeared in The Los Angeles Review, Rogue Agent, and Crab Orchard Review, among others. Her first poetry collection, Threads Give Way (Cold Press), was published in 2010. She earned her MFA at Warren Wilson College, and she currently teaches in Princeton University’s Writing Program.
Perrin Clore Duncan, from Oklahoma, graduated from DePauw University in May 2017 with a B.A. in Economics and Studio Art. Her work has been shown and published in Ireland, the United States, and worldwide through online publications. Perrin currently pursues her M.F.A. at the Burren College of Art in Ireland.
​Visit her on instagram at @perrincloreduncan.art or at her WEBSITE.