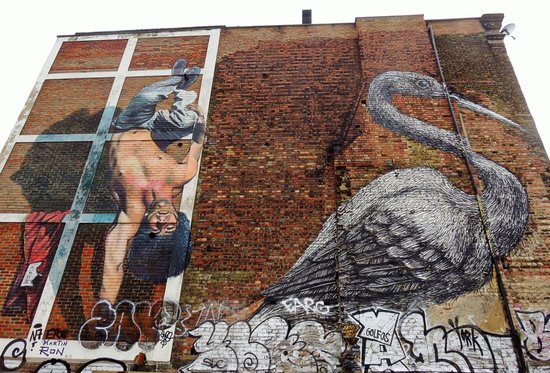 ​as kin rise to pray in the deepest shade
before each dawn, i ask: what is it about
a seed shedding itself into
a seed reborn that makes it
its name? still i wait, as though there is
no time for question through the
tired feast we become in this
moonlight before the fast. mama speaks:

​
eat, eat. go on. take, take.
and i take
after my father
who used to pull crabapples
ripe off the trees
steady-fencing this
morbid crackle of roads

that will never belong
to us. as my mother runs
her wet fingertips into dates
beneath the rinse, my father would
say: ​americans are
too busy watching good fruit
wither away.
too busy wrapping their teeth

around the skin of other things
in the evening hours. meanwhile,
we just gnaw through that. he and i
take all of our time--
it is the only thing our women ask of us.
and, again, i ask:
what makes a brown boy his
name? when does he become

a feast of ​yes,
a game of​ eat, eat. take, take.​ a riddle:
what color of boy doesn’t eat
what his mother makes him?
what being could leap
out of a seed and walk
upright just long enough
to inhale the dirt that will see him

a man? here, we get tired of this
script, muddled
film of hardened juice, and thickened
erasure; the shedding of
flesh into soil. ​O how much
easier can we be to take?
another generation passes
into the wake, and mama prays in the moonlight

before the fast. this is where i come
to learn why a mother gives
her kin a name that lingers, a name
that only we can pronounce.
Tariq Luthun is a Palestinian-American strategist and poet from Detroit, MI. He is currently an MFA candidate for poetry at the Program for Writers at Warren Wilson College. Among other things, Luthun is the Social Director of Organic Weapon Arts Press, and is co-founder of the new PoC-dedicated literary arts series FRUIT. His work has appeared or is forthcoming in Vinyl Poetry, The Offing, Winter Tangerine Review,and Button Poetry, among other credits. He is a deep dish pizza evangelist, and stays up at night wondering how many books Luther Hughes has licked.
Olivier Schopfer lives in Geneva, Switzerland. He likes to capture the moment in haiku and photography. His work has appeared in The Red Moon Anthology of English-Language Haiku 2014 as well as in numerous online and print journals. He also writes articles in French about etymology and everyday expressions: http://olivierschopferracontelesmots.blog.24heures.ch/