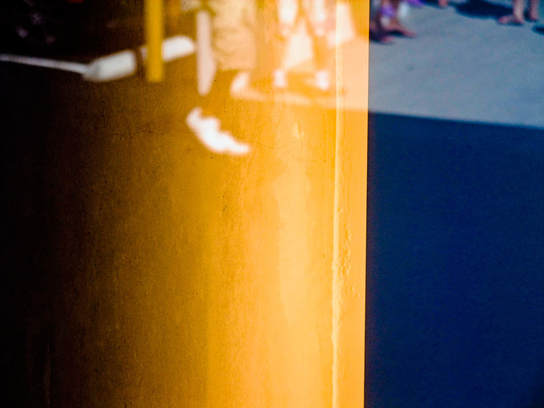 "The Sunshine Sliders" by Tricia Louvar

and violet and Aaliyah/but didn’t the 90s already happen/are we not all vestiges of one last,

full 90s night/We all think that when love comes, we’ll have turn into the man we’ve always

Andre and Erykah/Like they can skip Ms.Jackson and go straight to The Love Below/All my

"Eulogy For The Next Black Boy Potted in Casket" 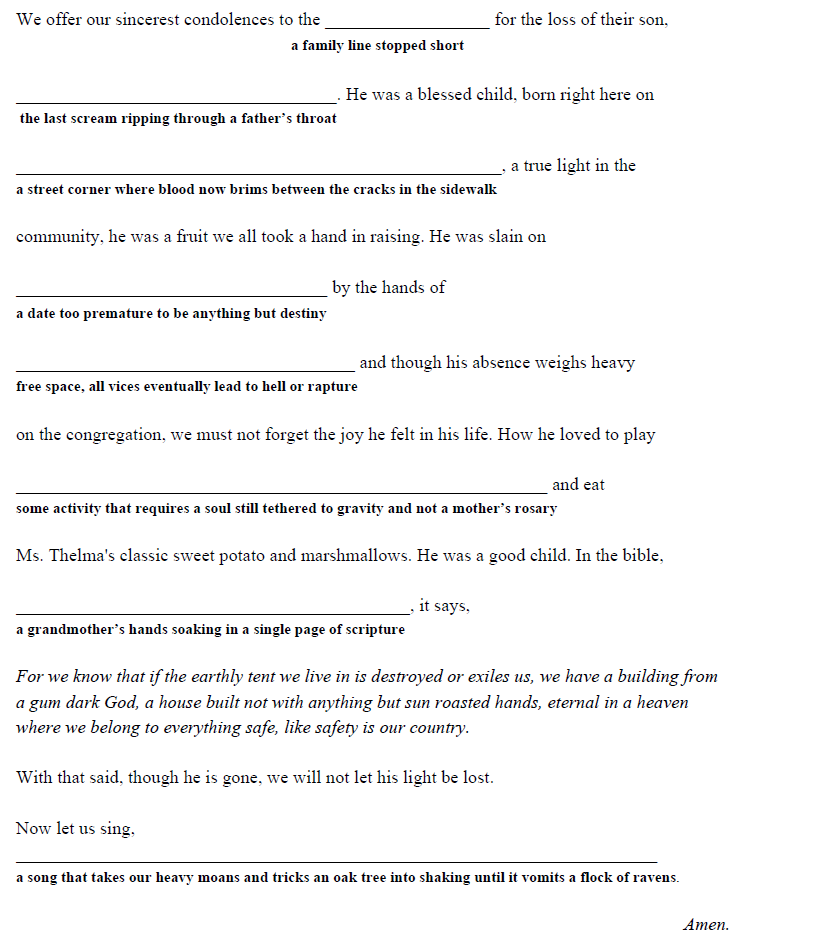 Tayo Omisore is a poet, singer-songwriter, and undergraduate accounting student at the University of Maryland. His work is forthcoming in Stylus. His poems “Scouting Report” and “Cover of UGK’s International Players’ Anthem” were both finalists for the 2018 Jiménez-Porter Literary Prize.
Tricia Louvar lives in the Pacific Northwest and studied journalism, poetry, aesthetics, and documentary photography in college and beyond. She works in publishing as a visual artist and writer. Her work has appeared in the New York Times, Los Angeles Times, Brevity, Orion Online, Zyzzyva, and more.  tricialouvar.com
​
Artist Statement:  At a Saturday kaffeeklatsch, after splitting a piece of banana bread, I am the one nibbling pieces of its raw sugar left behind on the plate. Such an instantsummarizes my artistic impulses of focusing on the leftovers and the overlooked. I investigate the human condition and its relationship to impermanence with digital and analog tools.