Review:  The Next Hunger 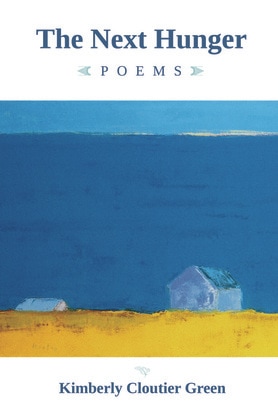 ​The Next Hunger by Kimberly Cloutier Green

The title of Kimberly Cloutier Green’s debut collection can be read in more than one way; while it suggests bodily and sensory desire,  it also points to spirituality as a kind of higher-order yearning. Green is ultimately a poet of faith -- faith, that is, in the validity of religious experience, if not necessarily in a specific, scripture-endorsed notion of divinity -- but her encounter with the divine hinges on acceptance, rather than denial, of the sensory world.

She approaches that world with curiosity and careful attention, whether she’s observing the scroll-like surface of a paper birch or describing the taste of cut pears, “sliced lengthwise in spears, the white flesh/cool, sweet, slightly gritty on the tongue.”  Her writing, though vivid, isn't showy; its strength arises from the sureness of her eye. The result could be described as a clear-headed hedonism, combining a gourmand’s delight in phenomena with wise recognition of their ephemeral nature.

Her poems often touch on the sense of incompletion that remains even when we are living most intensely. In "Cutting Peppers", the poet recounts her weirded-out excitement, as a young girl, when her mother gave her a birds-and-bees-talk ; she then describes ecstatic couplings – wild nights! -- driven by "the swelling pressure in our loins, the rut hunger that dogs us." Greek mythology, as recorded by Plato, fantasized about an original fusion of male and female, prior to our being split into half-selves; Green takes note of a real-life analogy – green peppers – on her kitchen cutting board. And then, being human and hungry, she cleaves them.

The subject of "He Gardens" gets up early (before the human world intercedes with its noisy demands) to pull weeds and dig holes for plants grown too big for their pots, to "do what he can in the time he has".  The poem is full, hearty and earthy, with its roots and leaves and trowel sounds, its conveyance of the ecstasy that arises from full involvement of the senses. Gardening is sometimes described as a “vocation”; the same goes for cooking, the writing of poetry, and teaching (Green’s profession, and the subject of several poems in the book). The word provides a link between religion and certain kinds of highly-engaged earthly experience; similarly, Green upholds what the philosopher Robert Nozick referred to as the “sanctity of everyday life”. For this poet, the relationship between the mundane and the sacred is not one of opposition; rather, one leads naturally to the other.

when I most need it, as now,

uncertain whether it matters, my cry

in all your dark breathing, quark body, strings

Among some poets, the religious quest can deliver a sense of repose and certainty that leaves the non-believing reader stranded. Green’s poems are different; she is too well-versed in naturalism and empirical method to arrive at an easy embrace of the supramundane. Instead, she seeks to reconcile colliding epistemologies through metaphor, an alchemy capable of transforming cosmic matter into the body of the divine. Her poems do not demand that we subscribe to her faith; rather, they win us over with their imaginative power.  And they leave us hungry for more. 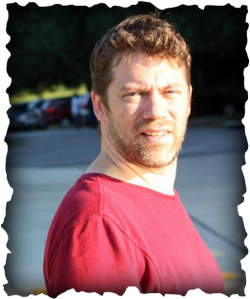 ​Robert Herschbach is the author of Loose Weather (Washington Writers' Publishing House, 2013). He has an MFA from the University of Iowa and a Ph.D in English from the University of New Hampshire. He has published his work in journals such as Fugue, Quarterly West, Southern Poetry Review, The South Carolina Review, and West Branch.