The Octopus Museum by Brenda Shaughnessy 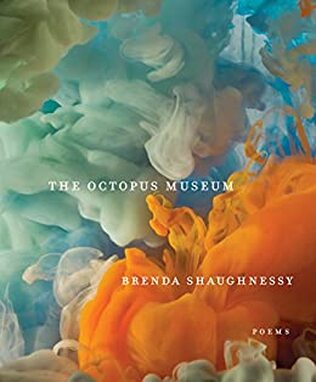 
Brenda Shaughnessy, in her fifth published book, The Octopus Museum, has built a literary edifice concerned with the memorialization of a unique species that has ravaged the world in search of paradise and invited apocalypse in the process. It is with equal parts love and fear that Shaughnessy boldly orchestrates this beautifully written, prose driven, reluctant introduction between unintentional creation and irreversible destruction, all the while questioning her own role as an award-winning poet, mother of two, and denizen of Earth. Built upon foundational themes of environmental destruction, the five finished exhibits inform these roles through distant before, grim now, and prophetic after. Brenda Shaughnessy, while wading through the current age of sexism, racism, and political division in search of some habitable future for her children, falls in love with the octopus; thus, her hope for all that is worth hoping for, along with the memory of humankind, is placed in the tentacles of a new species equally displaced by environmental destruction, but equipped with a mind capable of shifting perspective and actualizing a new incomprehensible dimension of beyond, wherein humanity and its relics now inhabit The Octopus Museum.

The Octopus Museum is introduced with a visitor’s guide, informing the reader that this collection of human recollections has been sectioned into five exhibition spaces with three currently under construction. The first poem, “Identity & Community (There Is No “I” in “Sea”)” acts as an antechamber preceding all exhibits and announces a departure from the reader’s current perspective of individual responsibility to an understanding of their ongoing collaborative catastrophe. The finishing lines in this poem, “Don’t try to remember this. Don’t document it./ Remember: write down to not-document it.” (Shaughnessy 33-34) truly set the apocalyptic tone of the collection as a whole, begging the reader to wash away the themes of insularity, shame, and ownership introduced in this poem and found throughout the collection, so that these pages never become memorial plaques upon museum walls. Prose is employed throughout all five sections to maintain the archival, informational theme of record keeping in this collection, with occasional showcase of compression to recall a time when waste was second nature. As the reader proceeds from the first exhibit, Gallery of a Dreaming Species, Special Collection: “As They Were”, to the last, Permanent Collection: Archive of Pre-Existing Conditions, generalized anxieties are honed down to hyper-specific terrors, where the speaker and reader alike envy the space for ignorance the previous exhibit allowed. More specifically, the diminishing variety of choice, recurrent theme of performance, and progressive irreversibility distinguish each documented stage of a civilization’s decomposition.

In her whirlwind of a poem found early in the collection, Shaughnessy’s “Gift Planet”, batters the reader with rapid fire alliteration that comes across almost lyrical in its scattered delivery and all too familiar in tempo. With the line “Plan: like plane like plain like pain/pane. Like planet. Plan acting like an overlay on everything most elemental.” (Shaughnessy 19-20), the reader is forced to keep up with the speaker’s seemingly aimless yet urgent pace and neither concern themselves with the notion of an end to the road which is fast approaching or rather rapidly deteriorating. The luxury of time is chased after and squandered in the pursuit of plenty, but the speaker stays in place with wheels spinning, alliteration akin to a stutter that both interrupts her sense of purpose and masks her lack thereof. In the last lines, “When I learned to tell time I told it. I told it so; I stopped listening to what it tried to tell me: You’re already losing everything as you go and go and go.” (Shaughnessy 38-40), this alliteration prevails but takes on a new tone. With this introduction to a stranger named caution, the repetition serves to berate the speaker who was at the time preoccupied with the fantasy of endless negligence, and when read in retrospect, speaks on the willful, insistent, and blissful ignorance that landed this piece in the first exhibit.

The snatches of figurative language in “Gift Planet” come to mind as quickly as they are discarded, littered down the rabbit hole of consequence that the speaker simultaneously creates and evades. The failing distinction between belonging and possession bubble to the surface in the metaphor, “The anguish of no home. Changing housekeys on the unchanged ring. The ring is the home, the thing inside trees./ Claiming a tree “mine.”( Shaughnessy 10-13). This comparison between a ring and a home links the two with a wholistic perspective to symbolize the prevailing core of unity between the identities found in shared spaces, like the home that shelters all sorts of denizens, whether it be in the rooms or the crawlspaces that so often fall to neglect. Shaughnessy communicates this flawed sense of singularity when the idea of ownership creates tunnel vision, convincing one inhabitant that they need not be concerned with a fire starting in another room of a shared home. In the line, “I cling to this life. I’ve taped myself to it like a card on a gift.” (Shaughnessy 28), the gesture alone speaks to some compulsive need to provide proof of contribution and belonging, which is of course a waste of its own breed. The energy used up, wasted, and ill invested, leaves behind only an imitation of sentiment that only survives by the grace of absurdity when this note is the only witness to a life long forgotten.

To solidify the concept of choice and the illusion of control in a setting of increasing scarcity, Shaughnessy presents two poems, “I Want the World” and “Our Family on the Run”. The former brings to life a daughter who in Shaughnessy’s words “believes the world is coming to her, not veering definitively away.” (Shaughnessy 18-19), detailing all the ways a child wants as a child is meant to want: with reckless abandon. Although the innocence of childhood dances carelessly under the spotlight, it is the mother narrating this poem, directing the spotlight and fully aware of all that lurks out of sight, who sets the poem’s tone of melancholy. It is with this shared reckless abandon, an heirloom passed down between generations, that she dedicates all her worry and attention to the preservation of inculpability, while permitting the deterioration of all that exists elsewhere as if the two are mutually exclusive. Despite the crimes piling up, the line “A fierce zip of pride bites my heart. She demands more because she knows there’s more in the world and she believes she should have it all.” (Shaugnessy 15-16) stands as proof that in this speaker’s mind, this inheritance of shortsightedness is warped into some sense of shelter, forever boasting that a mother knows best. It is the struggle between a maternal instinct to protect and an anxious impulse to deny that holds tenuous in this poem and strains to prolong a time in which worst case scenarios don’t exist and the only thing that matters is which color lunchbox her daughter chooses to carry her desire.

​            The latter of these two poems, and this collection’s finishing piece, “Our Family on the Run” casts an unforgiving light on these illusions set post apocalypse. The anxieties previously mentioned in “I Want the World” are percolated through retrospect, imbuing every expense with immediate consequence. The lines “Lucky, too, Simone can walk- though she gets tired and I’d want to hoist her on my back if I didn’t have to save my energy to carry Cal when Craig’s legs give way, his back out.” (Shaughnessy 24-26), show a shift in a mother’s responsibility, shouldering the survival of a child instead of the idea of one. The very act of wanting is a waste that cannot be afforded, and it is up to a mother cut to the bone, to spend her days choosing and rationing and losing and continuing. With all the audacity of entertaining fantasy cut away and long abandoned, a child is still as a child is meant to be in the lines “Big smile when we said red. He had his choice and he made it./ How strange that the color  of his wheelchair ever mattered enough to anyone to offer him that handful of options.” (Shaughnessy 32-34). However, this time, it is the mother’s candid response that marks this new era, wherein all that matters is what is meant to matter and all that is carried is what is meant to be carried.
The Octopus Museum is born from a mother’s fear and a poet’s artistry, taking root in hostile soil but flourishing with thorny tenacity, nonetheless. During a time of global crisis and political divisiveness, the consequence of senseless procession is as glaring as ever and Shaughnessy’s efforts to combat supplicant tolerance come to life in this cautionary tale. It is the same fear, demanded to be written and saturating every intention in the making, that Shaughnessy begs the reader to walk wide around, but never look away from. She is scathing in her endeavors, but amidst the irony and agony there is forgiveness. There is still a home to which one can return, and Shaughnessy, in all her ferocious hope, dares to keep the light on.
Lia Knowlton currently attends Northern Virginia Community College and is working towards a BA in Psychology with intents to transfer to George Mason University.