Review:  The Way the Body Had to Travel 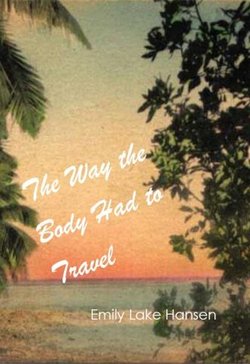 The Way the Body Had to Travel
by Emily Lake Hansen

A stunning first work by poet Emily Lake Hansen, The Way the Body Had to Travel takes us through a childhood full of mystical realism where women trade clumsy legs for weightless tails, a mother's breasts define her, and the borders that define a child's identity are the waves of a competing Atlantic and Pacific.

Beginning the collection, "Phyllis and Mildred at the Sea Park" immediately sets the reader into the middle of a mother-daughter relationship where "evidence" of a body "was the same as the real thing." What follows are vivid poems in which Hansen speculates and romances on the life of a mermaid performer, a childhood memory which transcends to her maternal bond. The Way the Body Had to Travel quickly unravels a poignant tale of a child who wishes to still her mother "for a moment, freezing her body in the hot breeze," finally culminating in her acknowledgements, where she writes, "these poems... are really for my mother, the real mermaid."

Not without an edge of resolution, late in the book, Hansen, as an older protagonist, confronts her maternal dilemma in "The Consequences of Silence" when she writes:

I call her mother – my word,
she didn't pick it – and I watch it stop her from being
any other thing.

While mostly cohesive, Hansen's "The Self and the Body" poems take a different track, moving focus to her relationship with her husband. Although tender and lovely, these poems muddle the chapbook, taking the original focus off of her childhood relationship with her mother and the strong mermaid-as-escapism theme Hansen has built. I wish Hansen had saved them for a later work, perhaps one in which she further explored her own sexual relationships and being, instead of wedging them two thirds of the way into an otherwise extremely adhesive chapbook. However, with a dash of her mother "in the mirror" and a slim reference back to oceanic life, these three poems are not a deal breaker for reader enjoyment.

Overall, a chapbook to relish, The Way the Body Had to Travel marks Emily Lake Hansen as an up-and-comer poet to watch and speaks to dancing girl press & studio's keen eye for talent. ​ 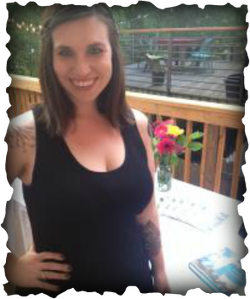 ​Emily Lake Hansen received her MFA from Georgia College and State University. Her work has appeared in The Fertile Source, Dressing Room Poetry Journal, Atticus Review, and the Agnes Scott Writer's Festival Magazine. She lives in Atlanta and is currently an English instructor at Georgia Highlands College.